Newly-elected Virginia congresswoman Jennifer Wexton is showing solidarity with the LGBTQ community by hanging a transgender pride flag alongside the official Virginia flag outside her D.C. office.

Narissa Rahaman, a regional field organizer for the Human Rights Campaign, shared an image of the flag on Twitter Thursday, which she said is the only office on the Hill with one. Rahaman also said Wexton told her the flag is there because of the community’s support.

The congresswoman, who is also an aunt to a transgender child, told the Washingtonian that she raised the flag in front of her office as a show of support for the transgender community.

“The trans community has been under attack,” she said. “I wanted to show my solidarity because we are talking about my friends and family.”

Wexton represents Virginia’s 10th District and was a vocal supporter of the LGBTQ community during her time in Virginia’s General Assembly. She unseated incumbent Republican Barbara Comstock during the midterms to join the 116th Congress, which has a record number of women, 89 of them Democrats, 13 Republicans. It is also the most diverse Congress in history.

Danica Roem, the first openly transgender woman to be elected to the Virginia state legislature, thanked Wexton for the supportive gesture on Twitter. 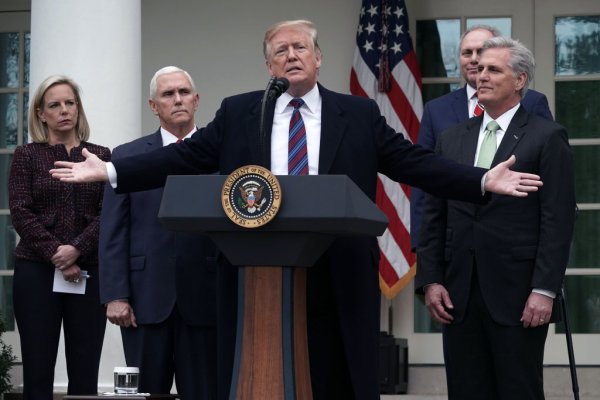 Trump and Democratic Leaders Can’t Even Agree on Their Talks to End the Shutdown
Next Up: Editor's Pick