With the 2019 Golden Globes Awards start of awards season kicking off this weekend with, it appears that some people would like to remind viewers and voters what a true star looks like.

In West Hollywood this week, a billboard of Lady Gaga in character as A Star is Born heroine Ally popped up outside of the Chateau Marmont on the Sunset Strip, the same exact location that the same exact billboard was featured prominently in the movie.

A Star is Born is nominated in five categories at the 76th Golden Globes Awards, including Best Motion Picture – Drama, Best Actress – Lady Gaga, Best Actor – Bradley Cooper, Best Director – Bradley Cooper, and Best Original Song – “Shallow.” The 76th Golden Globes ceremony, which will be hosted by Andy Samberg and Sandra Oh, will be broadcast live from the Beverly Hilton Hotel and available to watch or stream on NBC, starting at 8 p.m. EST.

See the billboard below. 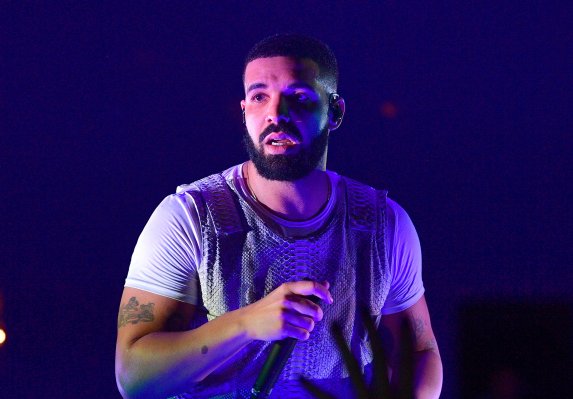 Heidi Klum Says Drake Rejected Her Apology to Him With a Single Emoji
Next Up: Editor's Pick