In the original video, which was made when Ocasio-Cortez was a student at Boston University, the newly-elected congresswoman can be seen breaking it down to Phoenix’s “Lisztomania” in a recreation of the iconic group dance scene from The Breakfast Club.

Although the Twitter account that first shared the video seemed to do so in an attempt to shame Ocasio-Cortez, many on social media were quick to rally behind her.

“Cannot wait for my enemies to post a video of me spinning around looking super hot with the shiny hair of youth and act like they just caught me breaking into the Watergate Hotel,” tweeted one supporter in response to the clip.

Now, there’s even a Twitter account dedicated entirely to remixing the video with new songs for Ocasio-Cortez to dance to, including Lou Bega’s “Mambo No. 5” and Smash Mouth’s “All Star.”

See some of the new videos below. 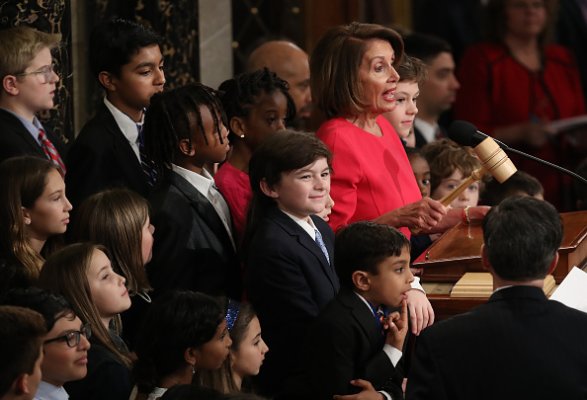 Congressional Babies Almost Stole the Show on the First Day of the 116th Congress
Next Up: Editor's Pick