A Witch Weighs In On Rudy Giuliani's 'Witch Hunt' Tweet

Rudy Giuliani was slammed on Wednesday night after he sent a late-night, jumbled tweet about witches, in which he compared the Mueller investigation to witch hunts.

The former mayor of New York City, who is now acting as President Donald Trump’s attorney, complained about witches taking umbrage at those who have called Robert Mueller’s investigation into Trump-Russian collusion in the 2016 election, “a witch hunt.”

In the tweet, which contained a misspelling of Mueller’s last name, Giuliani claimed that CNN said that “witches favor Democrats” and that there was “no reason for the witches to be offended because Witch Hund derives from, for example, the Salem Witch Hunts were people were executed unjustly.”

While Giuliani tweeted his post on Wednesday night, there’s chance that it was referencing a CNN segment that aired over the holidays about witches who were upset over Donald Trump using the term in regards to the Mueller investigation.

Giuliani’s tweet, however, isn’t the biggest issue bothering some witches. Dakota Bracciale, a witch based in Brooklyn, New York, who made headlines in Fall 2018 for holding a public ritual to hex Supreme Court Justice Brett Kavanaugh thinks that Giuliani’s tweet was fairly harmless, although somewhat ironic.

“In my opinion, he was never right to begin with,” Bracciale tells TIME. He and Trump are both people that clearly don’t need to be let near the Internet, but the tweet itself, I found to be mostly innocuous.”

But Bracciale does believe that Trump and Giuliani are using a “witch hunt” narrative to infer that they are victims. 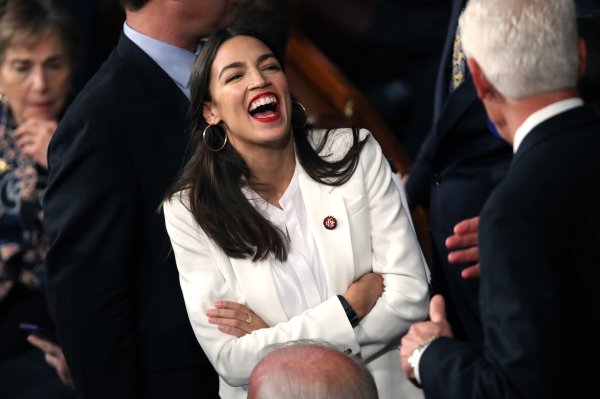 Here's the Viral Internet Trend that Inspired that Alexandria Ocasio-Cortez Dancing Video
Next Up: Editor's Pick