The Number of Women Directing Top Hollywood Films Declined in 2018

The number of women directing Hollywood’s top movies declined in 2018, according to the annual Celluloid Ceiling report from San Diego State University.

Overall, the number of women employed in the film industry, in roles spanning writers, producers, executive producers, editors and cinematographers on the year’s 250 top-grossing films, went up two percentage points from 2017 to 20%. But women comprised just 8% of female directors working on those movies, a decrease from 11% in 2017. This number also represents a decrease from 20 years ago, in 1998, when female directors made up 9% of that group.

Among the top films in 2018 directed by women were Ava DuVernay’s A Wrinkle in Time and Kay Cannon’s Blockers. Of the top 10 highest grossing films in 2018, not one was directed by a woman.

In other Hollywood jobs, women made slight gains. They comprised 26% of producers of the 250 top-grossing domestic films in 2018, a slight increase of 1% from 2017. More women also served as executive producers (21%) and editors (21%), marking small rises from previous years.

The study, conducted by Martha M. Lauzen, Ph.D., the executive director of the university’s Center for the Study of Women in Television and Film, shows that gains for women in Hollywood since 1998, when the report was first launched, have been minimal. The number of female cinematographers have remained more or less the same over the last 20 years, at 4%. Women made up 16% of writers working on the top 250 films, just a 3 point increase over two decades.

Lauzen said that the report shows “radical underrepresentation” for women in the industry which can only be addressed by “a large-scale effort mounted by the major players.” 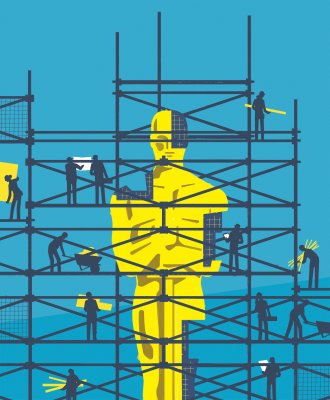 Defining an Oscar Movie Is Harder Than Ever. That Can Only Be a Good Thing
Next Up: Editor's Pick