An Australian man was waiting to take off on a paragliding trip when a dust devil blew in sending the man flying.

In a video posted by Storyful, which was reportedly shot by his wife, Matt O’Donnell is seen standing on the side of a cliff in Manilla, near Tamworth, New South Wales, Australia, wearing a parachute in preparation for a group paragliding trip. A twister suddenly sweeps across the hill, whisking him into the air in a terrifying spiral. According to ABC13 news, his wife was on the ground nearby watching helplessly as he is swept away on a frightening ride.

In the video, a woman, presumably O’Donnell’s wife, can be heard screaming in terror as her husband is flung about. “Is he okay?” she asks.

“I never want to fly again,” the woman can be heard saying, which is a very relatable statement.

Luckily, O’Donnell is reportedly an experienced paraglider who knew how to handle himself once the sudden updraft calmed down and he found himself sailing far above the earth. The natural roller coaster didn’t seem to phase O’Donnell at all. According to Australian news outlet News.com.au, it was just another day in the air for paragliders who “are taught the risks and avoid flying in or near dust devils.”

O’Donnell reportedly regained control of the glider and headed out on a five-hour flight. 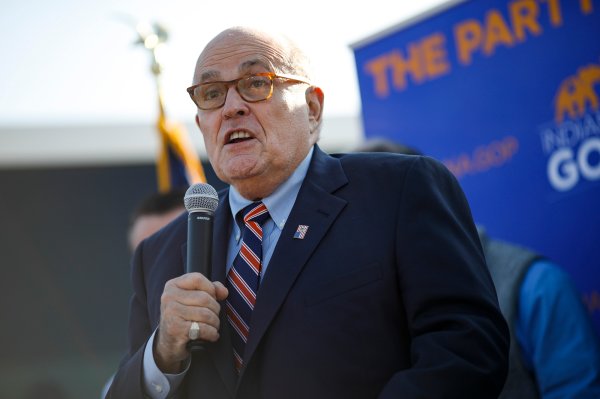 A Witch Weighs In On Rudy Giuliani's 'Witch Hunt' Tweet
Next Up: Editor's Pick