There was chaos at Gatwick airport when drones were spotted above the runways.
Bloomberg—Bloomberg via Getty Images
By George Steer

The British Ministry of Defense has confirmed that the “military capability” it had deployed to prevent illegal drone flights at Gatwick airport has been withdrawn. “The Armed Forces stand ever-ready to assist should a request for support be received,” the MoD added in a statement.

Gatwick was brought to a virtual standstill between the 19th and 21st of December when several drones were spotted above the airfield. Roughly 1,000 flights were suspended and tens of thousands of passengers were affected while police searched for the drones’ pilots. The U.K.’s aviation minister said that the culprits could face up to five years behind bars if caught and convicted.

A Gatwick spokesperson insisted the airport would be just as well protected against drones now that the military had left: “We have invested several million pounds to ensure that we are equipped to the level of security that was provided by the armed forces. We can’t go into any more detail about what that equipment is, but a range of measures are in place”.

But according to the Associated Press, an Israeli technology company has said its anti-drone system has drawn major interest in the weeks since the incident at Gatwick. Skylock, the company that manufactures the technology, is one of many now specializing in detecting and downing intruder drones by “jamming” them, or disrupting their frequencies.

Product manager Asaf Lebovitz said the company, which emerged to target militant drone use in Syria, has shifted focus to commercial applications and has been approached by airports in North America and Europe. Noam Milstein, drone operations chief for Israel’s Civil Aviation Authority, said such systems are “obviously becoming crucial to prevent drone incursions from those who don’t care about the regulations in place.”

Chief Constable Giles York of Sussex Police said last week that police had received 115 reports of sightings in the area, including 93 that had been confirmed as coming from “credible people” including a pilot and airport staff.

But the culprits remain at large. Two people – Paul Gait and Elaine Kirk – were arrested on Dec. 23, but later released without charge. The couple told Sky News they felt “completely violated” by the subsequent intrusion into their lives.

The following day, a senior Sussex police officer added to the state of confusion when he suggested that there might not have ever been any drones over Gatwick at all – though his comments were later dismissed as a “miscommunication”.

With no reliable information forthcoming, disgruntled passengers took to Twitter to vent their dismay.

Others – namely, those who were in no way affected by the travel chaos – saw the funnier side of things. 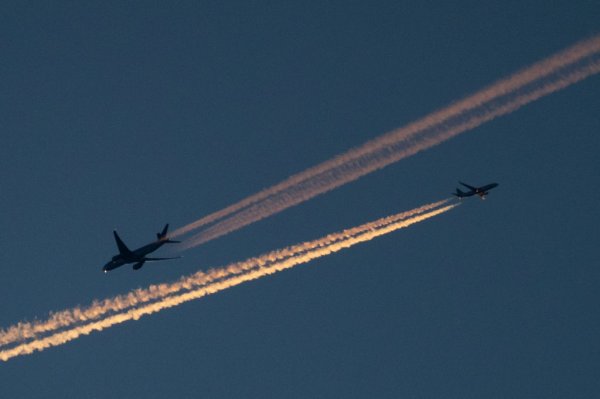 Rogue Drones Have Shut Down Britain's Second Busiest Airport. Here's What to Know
Next Up: Editor's Pick