A police officer reacts to a Krispy Kreme truck that caught on fire in Lexington, Ky., on Dec. 31. Nobody was hurt, but local officers had fun on twitter after the incident.
Lexington Police Department
By Rachel E. Greenspan

When a Krispy Kreme doughnut truck caught on fire in Lexington, Ky., nobody was injured—except for the hearts of local police officers, that is.

All doughnuts carried by that truck were destroyed in the Dec. 31 fire, the cause of which is currently being investigated, according to local news reports. Having some fun with that old joke that police officers love to eat doughnuts, the Lexington Police Department tweeted photos of three different officers crying over the loss of treats and the doughnut truck’s demise.

Soon enough, other police departments from around the U.S. responded to the incident, too. The Lake Dallas Police Department of Texas replied with a gif of a crying dog, and the New York City Police Department said they were sending in reinforcements. “We hope you like sprinkles,” the NYPD tweeted with a photo of officers in a helicopter.

Krispy Kreme got in on the fun, too, offering condolences to the police officers and announcing that the company has “more doughnuts on the way.” Krispy Kreme has always been a “great community partner” in the city, Sergeant Donnell Gordon of the Lexington Police Department told TIME in an email. The company has also donated doughnuts to Lexington officers over the holidays, Gordon says.

Some trace the association between cops and doughnuts to after World War II, when cops working odd hours, like the graveyard shift, had limited options for food. The treat is also pretty cheap, and pretty delicious, so it’s no surprise that the Krispy Kreme truck fire—wherein the number of donuts lost is still unclear—connected officers around the country. 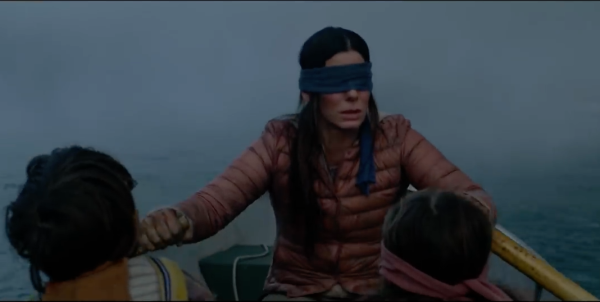 Don't Look Now, But People Are Doing the 'Bird Box Challenge'
Next Up: Editor's Pick