Republican National Committee chairwoman Ronna McDaniel may be Mitt Romney’s niece, but the family connection wasn’t enough to make her side with her uncle after the incoming Utah senator denounced President Donald Trump for his lack of character in an op-ed published Tuesday.

McDaniel fired back at her uncle on Wednesday morning, simply referring to him as an “incoming Republican freshman senator” without noting their family connection.

“POTUS is attacked and obstructed by the MSM media and Democrats 24/7. For an incoming Republican freshman senator to attack @realdonaldtrump as their first act feeds into what the Democrats and media want and is disappointing and unproductive,” McDaniel wrote.

Her comments came less than 24 hours after Romney published the op-ed in the Washington Post criticizing the president’s conduct in office. While Romney acknowledged that while he agrees with some of the president’s ideas, “policies and appointments are only a part of a presidency.”

“With the nation so divided, resentful and angry, presidential leadership in qualities of character is indispensable. And it is in this province where the incumbent’s shortfall has been most glaring,” Romney wrote.

Reports suggest that this isn’t the first time McDaniel has chosen the president over her uncle. In December 2017, the Washington Post reported that McDaniel had stopped using her middle name — Romney — at Trump’s behest shortly before she assumed her position as chairwoman.

Trump himself was also quick to hit back at Romney Wednesday morning.

Although Trump endorsed Romney’s 2018 Senatorial campaign — which the then-candidate thanked him for on Twitter — the relationship between the two Republicans has been turbulent since at least July 2015, when Romney expressed his opposition to the launch of Trump’s campaign.

He sharply criticized Trump throughout the 2016 presidential election, and particularly criticized the way the president talks about women and immigrants. Trump frequently returned fire, calling Romney a “stone-cold loser” for failing to defeat President Barack Obama.

At times, the two men have appeared to be trying to make amends. After Trump’s victory, Romney congratulated Trump, and was reportedly being considered as a candidate for Secretary of State. 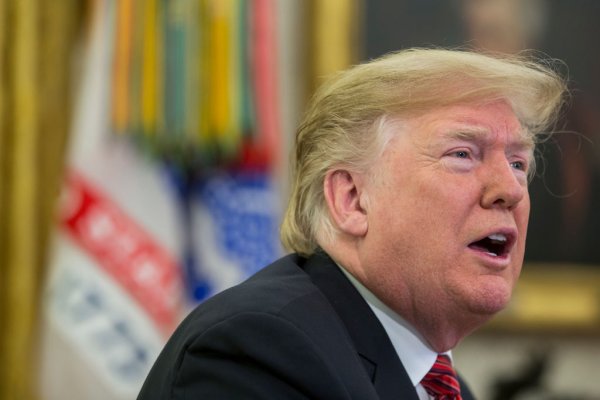 Compromise Hard on Both Sides
Next Up: Editor's Pick