Is Snoring Dangerous? Here's When to Worry

Winston Churchill was a notorious snorer. So, allegedly, was Queen Victoria. They have plenty of company. Roughly 1 in 3 men and 1 in 4 women snore every night or almost every night, according to statistics from the National Sleep Foundation.

Why do people snore? “When we’re asleep, we tend to lose muscle tone—meaning the tongue flops back and the tissues and muscles in the throat and nose relax,” says Dr. Brett Comer, a head and neck surgeon and associate professor of otolaryngology at the University of Kentucky. As you inhale and exhale, the air passing over and between these relaxed tissues causes them to vibrate, which in turn causes noise. That’s snoring.

Comer says a bunch of factors play into a person’s propensity for snoring. Being overweight is one. “We all have fat beds at the base of the tongue and along the upper throat,” he explains. “When those are taking up more space, they can push in the muscles and block things off.” Drinking alcohol can further relax the muscles and tissues of your airways, and so promote snoring. Back-sleeping, too, can cause your tongue to sag into your throat where it may constrict air flow and increase the vibrations.

Several structural factors also lead to snoring, he says. One is a deviated septum, which is when the wall inside your nose that separates your nostrils is askew, and so pinches off air circulation. And you know that dangly thing that hangs down in the back of your throat? That’s called your uvula. If it’s on the long side, it can relax and rest on your tongue, making snoring more likely, he says.

The good news is that in most cases, snoring isn’t a problem. (At least, not for the person who’s sawing logs.) But there are exceptions.

A 2016 study in the journal Sleep and Breathing found that snoring, combined with extended breathing stoppages (also known as obstructive sleep apnea), was associated with a two-fold increase in cardiovascular disease risk.

Why? Snoring and sleep apnea may lead to “intermittent hypoxia,” says Dr. Teemu Niiranen, first author of the study and a researcher with Finland’s National Institute for Health and Welfare. Hypoxia is a medical condition in which the tissues of the body don’t receive enough oxygen. This can lead to arterial damage or blockages, inflammation and unhealthy pressure changes inside the chest.

There’s no easy way to monitor yourself for obstructive sleep apnea. But if someone can keep tabs on your snoring, they should be on the lookout for a “complete lack of breathing” for around 10 seconds or longer, Comer says. The treatment for sleep apnea usually initially involves losing weight and sleeping with a breathing device known as a continuous positive airway pressure (CPAP) ventilator, though there are also some surgical interventions that can be done.

Some other snoring patterns may also be cause for concern. “If it sounds like a person often quits breathing or has very shallow breathing for three or four seconds, and then there’s gurgling or choking accompanied by a sort of startled shaking—like the body is trying to wake itself up—I’d have that checked by a doctor,” Comer says. These could all be signs of hypopnea, a sleep-breathing disorder similar to apnea that is also linked to some heart and vascular concerns.

In sum, if a sleeper seems to be breathing normally—albeit loudly—snoring isn’t a concern. The one exception, Comer says, is if a former non-snorer suddenly develops a “heroic” snore. “New-onset severe snoring can be sign of an obstruction forming in an airway,” he says. Tell your doctor.

Lay off the booze and try to sleep on your side, and both you and your bedmate should rest easier at night. 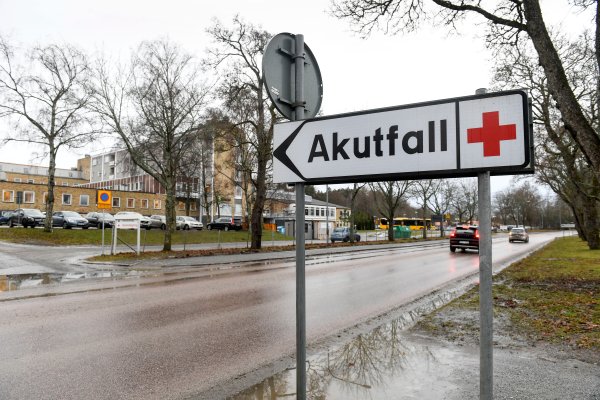 A Swedish Hospital Is Treating a Possible Ebola Patient
Next Up: Editor's Pick