Incoming Republican Senator Mitt Romney has said that President Donald Trump’s character “falls short” of what is required for leadership of the U.S., in an op-ed published by the Washington Post Tuesday evening.

Romney, a vocal critic of Trump, wrote that the president’s “conduct over the past two years, particularly his actions this month” indicate that he has “not risen to the mantle of the office.” In December, Trump announced the withdrawal of troops from Syria and Afghanistan, a decision triggering the resignation of Secretary of Defense James Mattis. Mattis’ departure from the administration followed a string of high-profile exits over the past year, including former Secretary of State Rex Tillerson, former Attorney General Jeff Sessions and former National Security Adviser H.R. McMaster.

“A presidency shapes the public character of the nation,” Romney wrote, referencing American leaders of the past. “A president should demonstrate the essential qualities of honesty and integrity, and elevate the national discourse with comity and mutual respect.”

Romney and President Trump have publicly sparred several times in the past. “With the nation so divided, resentful and angry, presidential leadership in qualities of character is indispensable,” wrote Romney, who was the Republican party’s 2012 presidential nominee. “And it is in this province where the incumbent’s shortfall has been most glaring.” Romney had previously passionately called on Trump to apologize for his response to the violent white nationalist rallies in Charlottesville in August 2017.

“The world needs American leadership, and it is in America’s interest to provide it,” Romney continued, pointing to the actions of autocratic regimes in Russia and China as a threat to international stability. “Trump’s words and actions have caused dismay around the world.” 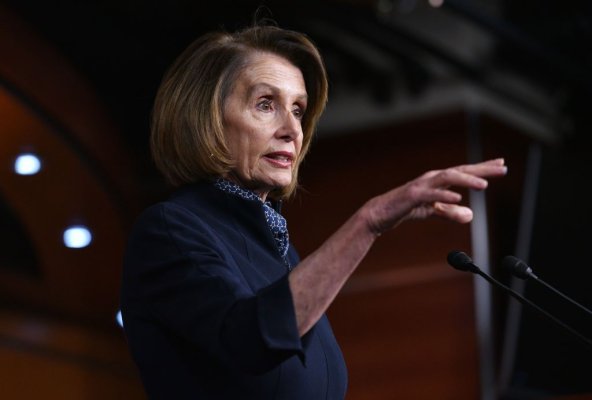 Democrats Have a Plan to End the Shutdown and Blame Trump
Next Up: Editor's Pick