Flanked by fighters, a B-2 Spirit flies over the 2018 Tournament of Roses Parade on Jan. 1, 2018 in Pasadena, California.
Getty Images
By Alejandro de la Garza

The US Strategic Command has apologized for a controversial New Year’s Eve tweet in which it said “if ever needed, we are #ready to drop something much, much bigger” than the Times Square New Year’s Eve Ball.

The Strategic Command later deleted the tweet and issued an apology in its place. “Our previous NYE tweet was in poor taste & does not reflect our values,” the Strategic Command wrote. “We apologize. We are dedicated to the security of America & allies.”

The original New Years message was sent out with a video showing a B-2 stealth bomber dropping warheads. “Watch to the end!” the tweet said. The current motto of the US strategic command, “Peace is our Profession,” was also referenced as a hashtag in the New Years tweet.

The incendiary message prompted outrage from military experts as well as the general public, many of whom were shocked that a command of the US military would reference nuclear war during a time of celebration.

The Strategic Command’s original tweet read, “#TimesSquare tradition rings in the #NewYear by dropping the big ball…if ever needed, we are #ready to drop something much, much bigger.” The message references the famous ball drop in New York’s Time Square.

Based in Offutt Air Force Base near Omaha, Nebraska, the U.S. Strategic Command is one of ten unified commands in the Department of Defense. 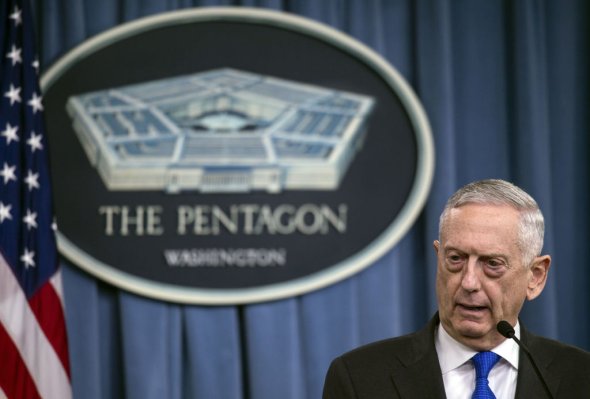