Oregon Sen. Ron Wyden is asking the Trump Administration for answers about whether the Saudi government helped a Saudi national flee the U.S. after he was accused of killing an Oregon teenager.

Wyden, a Democrat who sits on the Senate’s Select Committee on Intelligence, wrote a letter to Secretary of State Mike Pompeo and acting Attorney General Matthew Whitaker, asking whether they could confirm a report by the Oregonian that in 2017 the Saudi Arabian government helped then-20-year-old Abdulrahman Sameer Noorah avoid trial for the 2016 fatal hit-and-run crash of 15-year-old Fallon Smart.

According to the Oregonian, the Saudi government allegedly paid $100,000 for Noorah’s bail and provided him with a passport and facilitated his escape via private jet. Wyden said if these claims are true, it shows a pattern of Saudi government officials abusing diplomatic privileges.

“These are shocking claims in any event, but with the barbaric murder of U.S. resident Jamal Khashoggi, they suggest a brazen pattern of disregard for the law and abuse of diplomatic privileges,” Wyden wrote.

The Oregonian report comes at a time of increased scrutiny of U.S.-Saudi relations following the death on Oct. 2 of Washington Post columnist Jamal Khashoggi, who was allegedly murdered and dismembered after entering the Saudi Arabian consulate in Istanbul. Saudi Arabian Crown Prince Mohammed bin Salman called the killing a “heinous crime that cannot be justified.”

Wyden called for a thorough investigation of Noorah’s disappearance and asked that he come back to the U.S and face trial for his role in the hit-and-run. He also said that U.S. should place restrictions on Saudi Arabia for their role if the Oregonian report is true.

“If they are accurate, they would require significant restrictions on Saudi Arabia’s diplomatic privileges and call into question the future of America’s bilateral relationship with the Saudis,” Wyden wrote. “Since the U.S. does not have an extradition treaty with Saudi Arabia, what steps is the Trump administration taking to ensure Mr. Noorah is accountable for the death of Ms. Smart?” 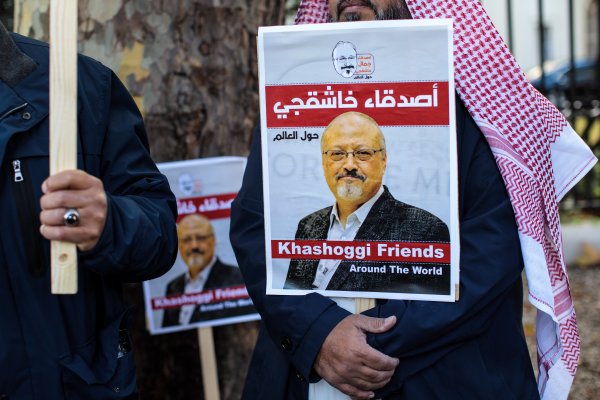