5 Died After Falling Off Cruises in 2 Months. Advocates Say Cruise Lines Can Do More to Protect Passengers

World's largest passenger ship "Harmony of the Seas" anchors at the Rotterdam Harbor in Rotterdam, Netherlands on May 24, 2016.
Anadolu Agency—Getty Images
By Tara Law

On Christmas Day, Arron Hough did not show up for his job as a dancer in the musical Grease onboard the Royal Caribbean’s Harmony of the Seas cruise ship. After crew members reviewed security video to search for clues, they reportedly discovered footage of the 20-year-old U.K. citizen walking onto the ship’s fifth deck at 4 a.m. that day — but not footage of him walking back out.

On Thursday, the U.S. Coast Guard called off the search for Hough, making him the fifth crew member or passenger to disappear, and presumably fall overboard, on a cruise line in the past two months.

The cruise industry says that such incidents are rare and caused by poor passenger behavior. But advocates say that the industry is not doing enough to make ships safer – including implementing warning systems that would tell the crew if someone falls off a ship.

Four other people also disappeared from cruise ships since November, and are presumed dead. They are:

While five incidents in a little over a month seems significant, on average more than 21 people have fallen off a cruise ship or ferry each year since 2010 — and fewer than one in five have been rescued alive, according to Ross Klein, a researcher from Memorial University in Canada, who has studied cruises for 25 years.

Klein says that number is troubling because it has not gone down, despite advances in technology that detects whether people have fallen overboard.

Since cruise ships can be as much as 16 stories tall, people who fall overboard are often killed when they make impact with the water, Klein says. However, even those who survive are often not found to be missing until hours later.

“You’re lucky if you survive the fall, but you’re even luckier if you get rescued,” Klein says.

Klein says that part of the problem is that few cruise lines have installed man-overboard systems, which can detect falling people and have been available for at least a decade. These systems typically consists of a network of optical and thermal sensors that can alert the crew members when someone has gone overboard.

Cruise Lines International Association, a cruise trade organization, says that cruises are a particularly safe form of travel. About 26.7 million passengers took cruises in 2017, the organization notes. The association argues that cruises do all they can to protect passengers, but “reckless” passenger behavior can lead to people falling overboard.

“The cause of man overboard incidents from cruise ships has been determined to be the unfortunate result of intentional or reckless acts,” a spokesperson for the association wrote in a statement to TIME. “However, cruise lines continue to invest in the review and testing of Man Over Board detection systems, as well as training for crew.”

The cruise lines also implement other safety precautions, such as minimum rail heights, CCTV and structural barriers, the statement said.

Earlier this month, Carnival also downplayed the usefulness of the systems in a statement to Quartz. “Historically these systems have been unreliable, generating a significant number of false alarms,” the statement said. “The technology has been gradually improving and we continue to actively test it on our vessels.”

Royal Caribbean also addressed the man overboard systems in a 2016 press statement, which noted, “While [Royal Caribbean] desires a better way to identify a person going overboard, to date, no man-overboard detection system has shown to perform reliably enough for wide-scale deployment.

Royal Caribbean International and Carnival did not return a request for further comment.

However, some lawyers and cruise safety advocates accuse the big cruise lines of understating the effectiveness of alert systems in order to avoid paying to implement them.

Maritime lawyer Jim Walker, who has represented numerous cruise passengers and crew members and runs the cruise watchdog blog Cruise Law News, notes that the companies that manufacture the technology and cruise lines that have implemented it have claimed that some systems are as much as 97% effective.

Walker says cruise lines don’t have much to gain by implementing safety measures; cruises are not included on the U.S. Death on the High Seas Act, which means it is difficult for families to collect damages after a death.

“The legal consequence of losing a passenger on a ship is inconsequential to the cruise industry,” Walker says.

He adds that it would put cruise lines at a legal disadvantage if they admit that the systems are effective.

“They encourage drinking and provide easy access to alcohol,” Klein says of the cruises. “I think that contributes to the problem.”

Klein says that while many cruise passengers choose to believe that cruises are completely safe, they should be aware of their surroundings.

“Tourists should take the same precautions they take on land, and recognize that there are dangers on cruise ships you don’t see on land.” 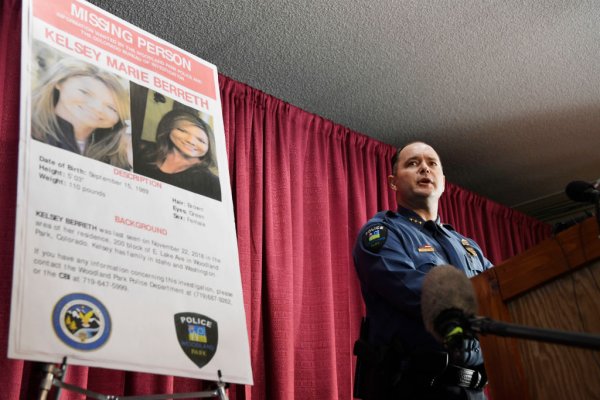 Prosecutors Think Fiancé of Missing Colorado Mom Had Help in Alleged Murder
Next Up: Editor's Pick