View of the deteriorated version of 'Ecce Homo' mural by 19th century painter Elias Garcia Martinez, right, next to a copy of the original, left, at the Borja Church in Zaragoza, Spain.
Javier Vinuela—AP/REX/Shutterstock
By Alejandro de la Garza

Years after a botched restoration of a religious painting exploded to viral fame, the artistic atrocity known as “Monkey Christ” is still drawing visitors — and tourism dollars — to a small Spanish town.

The story starts back in 2012, when parishioner Cecilia Giménez of the Santuario de Misericordia outside Borja, Spain decided to restore a nearly century-old painting of Jesus Christ on the wall of her church, according to The Guardian. Her efforts were only partly finished when she left town on a trip, but pictures of her work were uploaded to the internet where they quickly went viral. Soon, the painting was mocked around the world, and came to be known as Potato Jesus or Monkey Christ.

Now, years later, the clumsy restoration has proved to be a reliable tourist attraction for the area. Today, Borja receives 16,000 visitors a year, according to The Guardian. That’s more than four times the annual number that came before Giménez’s well-intentioned artistic disaster.

The revenue generated by those meme-savvy tourists helps fund Borja’s home for the elderly, as well as maintain employment for the Santuario de Misericordia’s two caretakers, per The Guardian.

For the residents of Borja, the attention generated by the Potato Jesus certainly had an economic upside.

“It was a media phenomenon, but it’s also been a social phenomenon when it comes to helping people,” Borja’s mayor, Eduardo Arilla, told the news outlet. “If it hadn’t happened, maybe Borja would have become famous for something else, like its wine. But we wouldn’t be as well known as we are now.” 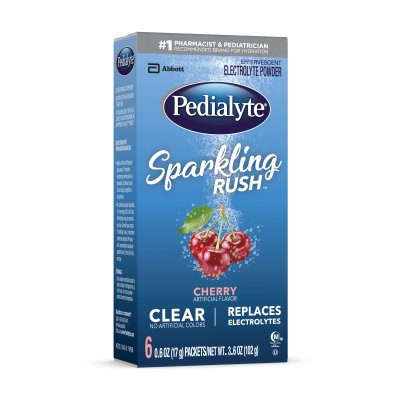 Pedialyte Is Embracing Its Reputation as a Hangover Treatment With a Sparkling Drink for Adults
Next Up: Editor's Pick