Barack Obama Reveals His Favorite Books, Movies and Songs of 2018. His Choices Might Surprise You

This year’s list once again highlights a wide range of critically acclaimed films, best-selling novels and genre-crossing singles that highlight his eclectic taste that ranges from the popular to the obscure. He shared the list on Instagram Friday morning, calling the annual list a “favorite tradition.”

“It gives me a moment to pause and reflect on the year through the books, movies, and music that I found most thought-provoking, inspiring, or just plain loved,” Obama wrote. “It also gives me a chance to highlight talented authors, artists, and storytellers – some who are household names and others who you may not have heard of before. Swipe through to see my best of 2018 list – I hope you enjoy reading, watching, and listening.”

Unsurprisingly, “Becoming“, his wife and former first lady Michelle Obama’s autobiographical memoir, made an appearance at the top of the list, with a side note (obviously my favorite!). He also included “The World As It Is” by his former Deputy National Security Advisor, Ben Rhodes, as well as classics including “Things Fall Apart” by Chinua Achebe and “Long Walk to Freedom” by Nelson Mandela.

In the music department, Obama’s favorite songs included hip-hop singles “I Like it” by Cardi B, J Balvin and Bad Bunny, as well as”Apes**t” by The Carters. He also included the late Nancy Wilson’s The Great American Songbook album “in honor of one of the great jazz singers of all time who died this year.”

Here’s a reminder of the books that I read this year that appeared on earlier lists:

Here are my other favorite books of 2018: 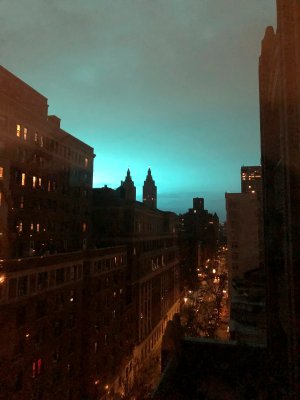