In January 2019, stargazers in the U.S. and elsewhere will be treated to a lunar eclipse that some are calling the “super blood wolf moon.”

A simultaneous total lunar eclipse and a “supermoon” will take place on the night of Jan. 20 into the morning of Jan. 21. During the event, the moon will appear red-colored and slightly larger than usual for about an hour.

As the last total lunar eclipse until 2021, the astronomical phenomenon is a can’t-miss event. People in all of North and South America, as well as parts of Asia and Europe, will be able to witness the lunar eclipse.

Here’s what to know about the upcoming super blood wolf moon — and how to watch the last lunar eclipse for a while.

What is a super blood wolf moon eclipse?

While technically just a lunar eclipse, each part of the event’s jam-packed nickname has a meaning behind it.

The term “blood moon” comes from the red hue that the moon appears to have during a lunar eclipse. As the moon passes into the earth’s shadow during a lunar eclipse, the earth blocks almost all sunlight from hitting the moon. The only sunlight that gets through is first diffracted by the earth’s atmosphere, resulting in the red coloring. (The moon emits no light of its own; what’s commonly called “moonlight” is in fact reflected sunlight.)

The term “super moon,” meanwhile, has to do with the apparent size of the moon. During the upcoming lunar eclipse, the moon will be at its closest point to Earth in its orbit, making it appear slightly larger — or “super.” The moon itself won’t actually get any larger, it will just appear larger than normal — and only just a bit.

And according to the Farmer’s Almanac, the term “wolf moon” comes from names that some Native American groups gave to each full moon throughout the year. January’s full moon was dubbed the “wolf moon” because “amid the cold and deep snows of midwinter, the wolf packs howled hungrily outside Indian villages,” the Farmer’s Almanac says. January’s full moon is also referred to as the “Old Moon” or the “Moon After Yule,” according to the Almanac.

Where can people see the super blood wolf moon?

The super blood wolf moon will be visible across all of North America. According to National Geographic, the lunar eclipse will also be visible from the Americas, Greenland, Iceland, parts of western Europe, and parts of western Africa. People in eastern Europe and eastern Africa will only be able to see a partial lunar eclipse, while people in most of Asia won’t be able to see any part of the event.

If your local weather doesn’t allow for a good view of the night sky during the eclipse, or you aren’t able to make it outside, several websites, including timeanddate.com, will stream live footage of the phenomenon.

When can people see the super blood wolf moon?

When is the next total lunar eclipse?

You might want to mark your calendar for January’s lunar event, because it will be the last total lunar eclipse until May 26, 2021. 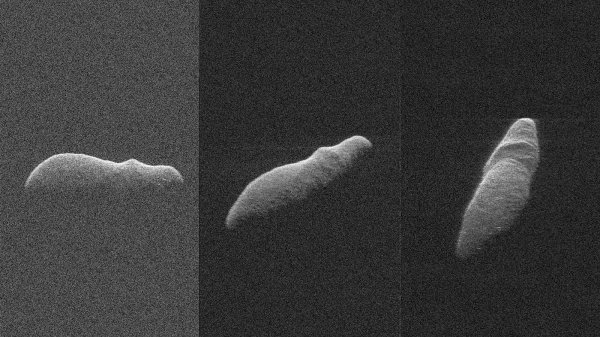