Police investigating the disappearance of a 29-year-old Colorado woman have revealed they found evidence in Idaho – nearly 800 miles away from her home.

Woodland Park Police said Kelsey Berreth, who went missing on Thanksgiving Day, was likely killed in her home. Authorities arrested her fiancé, 32-year-old Patrick Frazee, on Friday and charged him with first-degree murder after searching Berreth’s home outside Colorado Springs.

Woodland Park Police Chief Mile De Young, confirmed that Berreth’s cellphone pinged in Gooding, Idaho – 770 to 800 miles away from her home – three days after her disappearance. Gooding is 40 miles away from Twin Falls, Idaho – where authorities say they recovered evidence in connection to the case.

Police added that Berreth’s boss received a text from her cellphone saying she wouldn’t be at work the next week.

Berreth, a flight instructor, was last seen on surveillance footage at a grocery store near her Woodland Park home with her 1-year-old daughter on Thanksgiving Day. She was reported missing by her mother on Dec. 2.

According to police, Frazee told authorities he met with Berreth later that day to pick up their daughter and take her to his home. 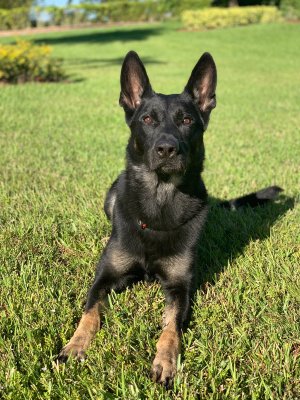 Sheriff's Deputies Comfort Each Other After Police Dog Is Killed Taking Down Murder Suspect
Next Up: Editor's Pick