A man holds the latest issue of German newsweekly Der Spiegel with a cover page that reads: "To say, what is" at a kiosk in Cologne, Germany on Dec. 22, 2018.
Thomas Lohnes—Getty Images
By Suyin Haynes

Germany’s biggest newsmagazine announced over the weekend that it is pressing charges against its own former award-winning journalist who systematically fabricated facts, articles and interviews over a number of years.

Der Spiegel‘s editors announced in an article Saturday night that they would be filing a criminal complaint against 33-year-old reporter Claas Relotius, reports the New York Times. Der Spiegel said that it will press charges and co-operate with prosecutors after discovering that Relotius had asked readers to donate to a private fund for two Syrian orphans he had profiled. According to the magazine, Relotius’ article itself fabricated the existence of one of the orphans, and the money was in fact transferred to Relotius’ personal bank account.

The magazine said Relotius, who has won numerous awards including CNN Journalist of the Year in 2014, contributed almost 60 articles published both in print and online since 2011. Last week, the 70-year-old German-language newsmagazine announced that Relotius admitted that he had fabricated interviews and facts in at least 14 articles following an internal investigation, according to the Associated Press. After starting as a freelancer, Relotius had become a full-time staff member at Der Spiegel and was known for his colorful, vivid style of reporting. Der Spiegel said Relotius resigned on Monday following the revelations, and the magazine dedicated much of its latest weekly edition to the scandal.

Read more: TIME’s 2018 Person of the Year: The Guardians

The fabricated details included interviews with the parents of American football player Colin Kaepernick, a profile of an American woman who supposedly volunteered to witness death row executions and a feature on what was portrayed as a Trump-supporting, anti-immigrant town in Minnesota. Suspicions were triggered in November by a colleague of Relotius, who raised concerns about a story they had collaborated on together, after the colleague discovered that interviews Relotius claimed to have conducted had in fact never taken place. 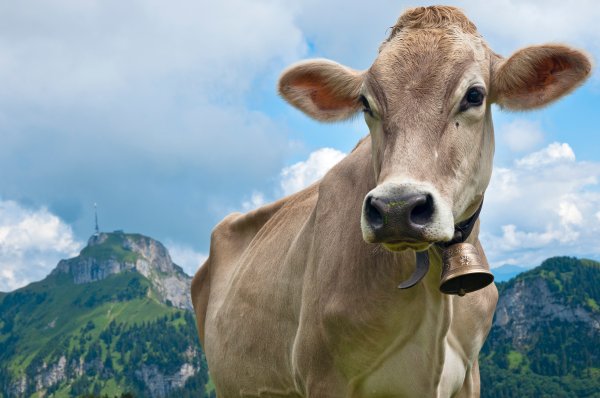 Lawsuit Over Cowbells Divdes a Small German Town
Next Up: Editor's Pick