White House Budget Director Mick Mulvaney on Sunday echoed the comments of Treasury Secretary Steven Mnuchin that Donald Trump doesn’t think the U.S. president has the authority to fire the head of the Federal Reserve.

Trump has made no public comments about a Bloomberg News report late Friday that he’d discussed firing the Fed’s Jerome Powell after the latest interest rate hike by the central bank under Powell’s stewardship.

But Mulvaney, who’s set to become the acting White House chief of staff, said on ABC’s “This Week” that he’d spoken with Mnuchin, who issued a pair of tweets Saturday evening in which he quoted Trump saying he didn’t believe he had the authority to remove Powell.

“He put out a tweet last night specifically saying that he now realizes he does not have the ability,’’ Mulvaney said, at first mistakenly attributing the tweets directly to Trump, then correcting himself that they came via Mnuchin, who moved to reassure markets that Powell wouldn’t be ousted.

Mulvaney, the incoming acting White House chief of staff, said “it’s not at all unusual for a president to complain about the actions of the Federal Reserve chairman” and that the tension between the president and an independent Fed is “traditional as part of our system.”

“So it shouldn’t be surprising to anybody that the president’s not happy that the Fed is raising rates and we think driving down the value of the stock market,” he said.

Asked about a New York Times report that Trump told advisers Powell’s interest-rate increases will “turn me into” President Herbert Hoover, who was in office during the Great Depression, Mulvaney said the economy is much stronger than in the 1920s.

“No one thinks we’re going into a Great Depression,” Mulvaney said.

Mulvaney said he’s talked with Trump about his “acting” designation as chief of staff, and noted people serve in the administration at the pleasure of the president.

“I think what we’ll just do is take a couple weeks, a couple months and see if he likes the way I’m handling the job, if I’d like the job,” he said. “This is an ordinary thing.” 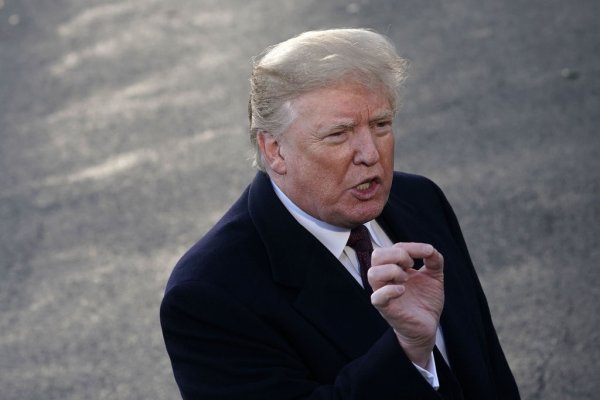 Trump Pushes Mattis Out of the Pentagon Earlier Than Planned
Next Up: Editor's Pick