It’s been a full month of wedding festivities for actress Priyanka Chopra and singer Nick Jonas, who married in consecutive Christian and Hindu ceremonies during the first weekend of December in Jodhpur, India — but followed that up with a sequence of receptions in New Delhi and Mumbai. At the Mumbai party, held Thursday night, Quantico actress Chopra was joined by a who’s-who of Bollywood A-listers, from her friend and former costar Deepika Padukone to Padukone’s new husband Ranveer Singh, Salman Khan and Katrina Kaif.

And as former coworkers are wont to do, Chopra, Padukone and Singh — each major Bollywood stars in their own right — ended up reminiscing on the dance floor, taking the spotlight in a mini dance-off to the tune of “Pinga” from their 2015 Bollywood movie Bajirao Mastani. In that movie, Chopra and Padukone played the respective first and second wives of Singh’s titular character Bajirao. Singh was was happy to jump in and dance with the actresses to help celebrate Chopra’s marriage to Jonas on Thursday night.

Not to be left out, Jonas also joined in with Chopra, Padukone and Singh on another song and dance. Looks like he’s already fitting in quite well with the Bollywood scene. 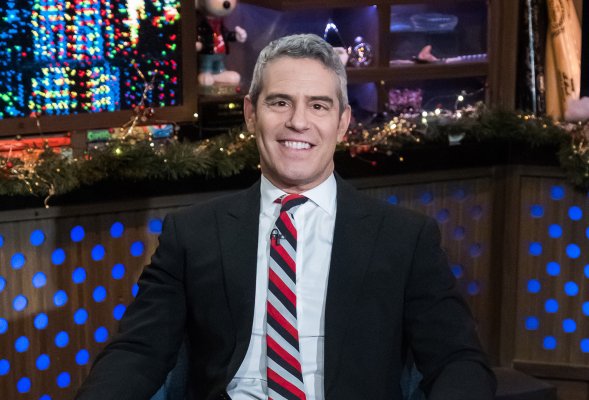 Andy Cohen Announces He's Becoming a Dad Via Surrogate
Next Up: Editor's Pick