A bracingly stunning new image of a massive icy crater from the Mars Express spacecraft has captured the imagination of the internet.

While there is not yet an ice rink open for business on Mars, to forward-thinking Earth-dwellers, it looks like an ideal scenic spot for skating. And they’ve taken to Twitter with unbridled enthusiasm for the idea.

The ESA revealed the photo Thursday, and overnight, the astronomical phenomena became the new swinging hot spot for winter 2018.

A beautiful #winter wonderland… on #Mars! This ice-filled crater was imaged by our Mars Express spacecraft. Korolev crater is 82 kilometres across and found in the northern lowlands of Mars.

The image of the Martian crater was captured by a high resolution stereo camera that’s been used to document the environs.

Called the Korolev crater – so named after rocket engineer Sergei Korolev – it may look snowy, but it’s actually filled with ice.

At 50.1 miles across and 1.2 miles deep, just south of the red planet’s northern polar cap region in the northern lowlands, the crater is brimming with 2,200 cubic kilometers of water. In fact, it’s permanently frozen. It all comes down to the cold trap phenomenon.

The ESA explains it thusly:

There might be things in the way of this very remote dream, but that didn’t stop people who think this a crater with potential.

People really have their eyes on this new fantasy ice skating getaway in space.

Even in the six-month long summer on Mars, it’s still frozen.

People are busy planning their moves. 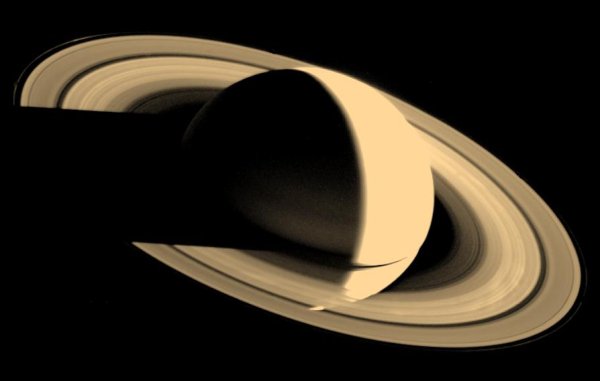 Saturn Is Losing its Rings, Study Finds
Next Up: Editor's Pick