The divided U.S. government will unite

As unlikely as it may sound, with Democrats controlling the House and Republicans controlling the Senate, I believe our government will secure a number of legislative victories for the good of the country. They will have no choice but to meet on middle ground—to forge consensus in the fires of debate.

This prediction is not without precedent. I had what was arguably my most productive Congress during President Obama’s final two years in office. While things may have appeared acrimonious on cable news, Democrats and Republicans worked late nights and weekends to secure a number of substantive bipartisan victories, from historic trade legislation to a comprehensive legislative package to address our nation’s opioid crisis. We also found common ground on issues as diverse and varied as intellectual property, transportation infrastructure, rare diseases, and even education reform. True, tensions ran high. But from tension was born some of the most meaningful bipartisan work of the past decade.

And that Congress was no anomaly. One of my proudest achievements as a Senator was when I collaborated with Teddy Kennedy on the Children’s Health Insurance Program—under a Democrat President, a Republican House and a Republican Senate. And we passed the bipartisan Hatch-Waxman Act—which revolutionized the generic drug industry—under a Republican President, a Republican Senate and a Democrat House. Even last year, against the backdrop of what may have been the most contentious Supreme Court confirmation ever, Congress was still passing sweeping bipartisan legislation, including spending bills that had not been passed in over a decade, another lifesaving opioid package and an FAA reauthorization that was sorely needed.

The House will no doubt leverage its subpoena power, and the President will no doubt tweet his disdain for liberal legislators. But on the issues that matter most, Republicans and Democrats will come together. Because the nation depends on it.

With the decline in market growth, we’ll see more mergers and acquisitions, especially in the consumer space. The fashion industry will change forever, as the high-end luxury, fast-fashion and direct-to-consumer companies will survive, but the mid-market will be wiped out. Industries supported by advertising revenue including print and digital media will also have to merge, find acquisition partners or die a slow death.

Iguodala, an NBA champion with the Golden State Warriors, was a style director at an online clothier

We’ll take a mindful approach to our phones and more

In 2019, I believe that there will be a greater shift toward mindfulness in the culture. As someone who has devoted herself to the business of tidying for more than a decade, I’m witnessing the shift firsthand. Tidying is the most basic chore, but interest in it is at an all-time high. In my tidying method, you choose what to keep based on how it makes you feel. People are starting to realize that happiness isn’t something that you achieve from the outside—through technology or the newest fad—but, rather, from within. I predict people will tune into their inner voices and identify what sparks joy in all aspects of their lives, from their homes to their work and relationships. This mindful approach will also affect purchasing decisions (Why am I buying this?) and reduce smartphone usage (Does this habit really bring me joy?).

Kondo is the author of The Life-Changing Magic of Tidying Up; her Netflix show Tidying Up With Marie Kondo launched on Jan. 1

This coming year may be just as surprising as this past year has been. What’s become consistent is that a lot of things that we think of as standard are not — in some really awful, terrible, scary ways, but also in some great ways. I mean that broadly, but if I key in on books, I think we’re starting to recognize that people from marginalized communities are whom we should be listening to most. I think there will be some changes not just with which authors are being published, but in editorial staff, as publishing companies become more inclusive. I think readers will start purposefully and intentionally reading more diversely too, in the sense of genre and format as well as who’s writing.

I think, maybe cynically, media businesses are realizing that there’s a lot of untapped newness there — with “newness” in quotes, because it’s not that those voices haven’t been there, but that people are only just now willing to pay attention. And it won’t just be publishing. Screen media has already seen a big wave.

The door’s open; it’s time to get in—and once you’re in, then you can help to change the culture. It’s essential that our art represent the world as it really is. Often people think of diversity and inclusion merely as boxes to check off but the lack of it is a true detriment. To not be that is to be false; to not have that is not to be whole. And besides: a full, inclusive world is a cooler one! It’s more fun when you have a bunch of different flavors.

But the scientific community will also redouble efforts to define high ethical, scientific and safety standards for anyone using the technology. This recently became even more critical.

Nearly all of the current efforts to use CRISPR-Cas9 in humans involve somatic cell editing: changes to DNA that affect just an individual and are not heritable. But a major issue has been if, how and when to use CRISPR for germline editing: changes to DNA in embryos, sperm or eggs that are then passed down to other generations. In the U.S., the 1995 Dickey-Wicker Amendment prohibits human germline editing, and the National Institutes of Health are forbidden from funding any such research. The practice is also explicitly banned in many, but not all, countries.

After my colleagues and I first described the creation of CRISPR-Cas9 technology in 2012, we called for a moratorium on using it to alter human embryos. This helped lead to a 2017 National Academies report stating that clinical use of germline editing in humans should not proceed until and unless a series of criteria were met. The Innovative Genomics Institute, Personal Genetics Education and other groups have also helped establish a universal line in the sand. The goal was for all researchers to adhere to these sensible boundaries, avoid unintended consequences and bolster public acceptance of this cutting-edge technology.

But in late 2018, a scientist in China announced the birth of the first CRISPR-edited babies—a radical break from fundamental norms. As a society, we are still processing this unwarranted (and possibly illegal) landmark moment in human history and trying to fully understand the motivations behind it. Most vitally, it is unknown how the well being of the babies will be monitored. But what is clear is that there must be consequences to ignoring the criteria scientists and lawmakers set.

Already, CRISPR-Cas9 technology is entering legitimate clinical trials that could lead to cures for sickle-cell disease and blindness in individuals, and 2019 will likely see an acceleration of this amazing progress. Though we should be mindful not to over-regulate and negatively impact important research, the global community should work together to ensure that such advances come as safely and quickly as possible while respecting ethical boundaries.

Doudna, a co-inventor of CRISPR-Cas9, is a professor at University of California, Berkley, a Howard Hughes Medical Institute Investigator and a co-author of A Crack in Creation

Non-Russia scandals will grab our attention

The Mueller probe has understandably attracted a great deal of attention over the past year. And, as additional revelations and recriminations unfold in the coming months, that investigation will likely loom even larger. But there are also a large number of other controversies currently swirling around nearly a dozen Cabinet secretaries and agency heads in the Trump Administration. In any other era, one of these scandals would have paralyzed a presidency; several at the same time would have ended it.

Despite widespread accounts of misconduct by department heads and Administration officials over the past two years, few have faced any consequences. The nature of this problem is clear in the congressional committee that traditionally matters most in this regard: The House Committee on Oversight and Government Reform. Shortly before the 2016 election, when it seemed likely that Hillary Clinton would serve as the next president, Representative Jason Chaffetz, then-chairman of House Oversight, predicted that his committee would be incredibly active. “It’s a target-rich environment,” the Utah Republican said. Oversight, he said excitedly, was “where the action is.” But once Trump was elected, Chaffetz’s passion for the position appeared to fade. A few months into the new presidency, he announced that he would soon be leaving the committee and Congress, too. His replacement as chairman was South Carolina’s Trey Gowdy, who had led one of the House investigations into Benghazi — and yet, over the past two years in the minority of the committee, Democrats watched in frustration as Republicans blocked over five dozen subpoenas.

But with Democrats in charge and a new chairman, Representative Elijah Cummings, the committee will surely pursue these subpoenas, and more. After more than two decades in Congress, Cummings is ready to put the committee’s gavel to use. The Republicans who preceded him as chairman have praised him as a perfect choice. “I can’t imagine anyone better qualified and more passionate about oversight than Elijah,” Gowdy noted. “He will not be bashful,” Chaffetz has predicted. “He will be aggressive.”

Officials who have managed to steer clear of the Trump-Russia furor these past two years will soon find themselves at the center of their own scandals.

Kruse is a professor of history at Princeton University and a co-author, with Julian E. Zelizer, of the forthcoming book Fault Lines: A History of the United States Since 1974

… and someone, somewhere will enjoy a burrito

Bloom, an actor and comedian, co-created and stars in Crazy Ex-Girlfriend 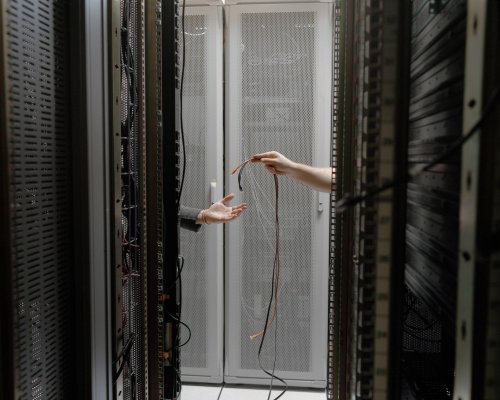 How America Risks Losing Its Innovation Edge
Next Up: Editor's Pick