Pete Davidson wrote a troubling Instagram post over the weekend and an unlikely person reached out to him to try and help—Texas Representative-Elect Dan Crenshaw.

The two became acquainted when the Saturday Night Live star made a controversial joke about the then-GOP congressional candidate who lost an eye while serving in Afghanistan during the show’s Weekend Update segment. After public outcry over Davidson’s mockery of the eye patch worn by the former Navy SEAL-turned-Republican politician, Davidson invited Crenshaw to the show for an on-air apology and the two made up.

When Davidson, who has spoken out frequently about having borderline personality disorder, wrote in a since removed post, “I really don’t want to be on this earth anymore. I’m doing my best to stay here for you but I actually don’t know how much longer I can last,” which prompted a police check-in.

And Crenshaw decided to reach out. He told NBC’s Houston affiliate on Tuesday that during their conversation, he advised Davidson to seek out his purpose in life and to “know that you have value and you do more good than you realize for people.”

Correction, Dec. 20: An earlier version of this story misstated the mental health condition Pete Davidson has spoken about living with. It is borderline personality disorder, not bipolar disorder. 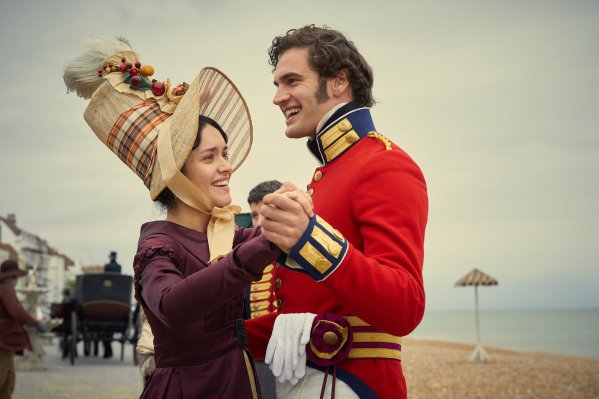 Amazon’s Vanity Fair Is a Master Class in Adapting Classic Novels for a Modern Audience
Next Up: Editor's Pick