It was a bad day for SoftBank Group CEO Masayoshi Son.
NurPhoto—NurPhoto via Getty Images
By George Steer

It was one of the biggest public offerings in history. Early on Wednesday, the telecoms arm of Japanese conglomerate SoftBank raised $23.5 billion in the biggest IPO since Alibaba’s record $25 billion listing in New York in 2014. Yet after the market opened, shares tumbled 14.5% on the Tokyo Stock Exchange — one of Japan’s worst ever stock market debuts.

The rise and fall in the megacorporation’s fortunes comes as it is shifting direction. With roughly 25% of the mobile phone market, SoftBank is Japan’s third largest wireless carrier. But CEO Masayoshi Son has made no secret of his desire to move the company he founded away from the crowded Japanese telecoms market in order to focus on investing in technology start-ups around the world.

Much of the $23.5bn raised by the IPO looks set to be channelled directly into the Vision Fund — a controversial investment vehicle partly funded by Saudi Arabia’s sovereign wealth fund which has poured funds into U.S. firms such as Uber and Cruise, a subsidiary of General Motors looking to develop self-driving cars.

The company lured individual investors to its record IPO by promising a dividend payout of around 5% — an attractive proposition in a country where interest rates are negative. But the market overall wasn’t convinced. Here are three reasons why:

On Dec.13, SoftBank said it was considering removing equipment from Chinese manufacturer Huawei from its network infrastructure. Meng Wanzhou, Huawei’s chief financial officer, is currently being detained in Canada at the request of the U.S. The U.S. wants its allies to boycott Hauwei, the world’s largest telecommunications equipment maker, after concerns were raised over its role in building 5G telecoms networks around the world; it is feared the technology could be used for industrial espionage and to set up cyberattacks against the West. If, as expected, SoftBank opts to use hardware from Sweden’s Ericsson and Finland’s Nokia, the higher prices of these components will likely be felt by consumers.

2. A crowded telecoms market in Japan

On top of this, investors are worried about market saturation. SoftBank, along with rival Japanese firms NTT Docomo and KDDI, have a combined market value of more than $250 billion and stand accused of running an oligopoly in what is the world’s third largest telecoms market. Monthly service fees in Japan are about 50% higher than in the U.K. and France, and the Japanese government has said that the big mobile carriers should look to lower bills by 40 percent before 2019, when Rakuten, an electronic commerce company, enters the market.

NTT Docomo has said it will do just that, and SoftBank is likely to slash rates too at some point in the next twelve months. It’s unclear how it would off-set the resulting fall in revenue. Given that Japan’s population is in decline, attracting new customers in an already crowded market could prove difficult.

On Dec. 6, a service outage lasting more than 4 hours hit 34m customers across the country, sending the price of SoftBank shares down by as much as 6%. Some customers were left unable to make even emergency calls during the outage, and SoftBank’s landline and Wi-Fi users were also affected. Wary of worrying investors just two weeks ahead of the IPO, the company quickly issued a public apology. But perhaps it was a case of too little, too late. 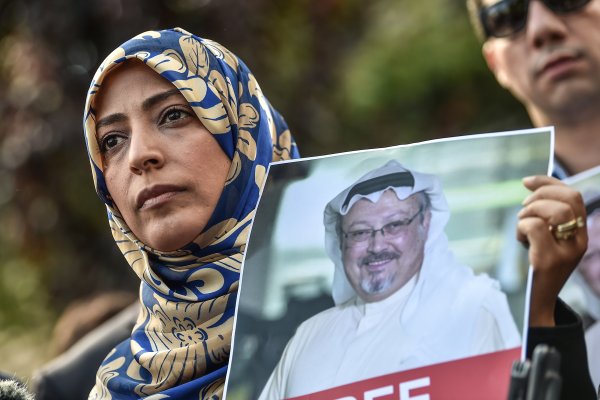 U.S. Named Among Deadliest Places for Journalists
Next Up: Editor's Pick