A woman sits at a desk.
Witthaya Prasongsin—Getty Images
By Krystal Chia / Bloomberg

The good news: The global gender gap has improved, slightly. The reality: Differences in economic opportunity, including pay between men and women, are so vast it’ll take 202 years to fully bridge them, according to the World Economic Forum.

The group looks at several measures of equality between men and women in this year’s Global Gender Gap Report, released Tuesday. Overall gender disparity across politics, work, health and education improved by less than 0.1 percent, meaning it’ll take 108 years to reach parity. The economic opportunity gap — based on participation, pay and advancement in the workforce — remains the area that’ll take the longest time to close.

The figures are a tiny improvement from last year’s results, where the gap between the achievements and well-being of men and women widened for the first time in more than a decade.

“What we’re seeing globally is that we don’t have any country that’s achieved gender equality, regardless of level of development, region or type of economy. Gender inequality is the reality around the world, and we’re seeing that in all aspects of women’s lives,” said Anna-Karin Jatfors, regional director for UN Women. She added that “202 years is too long a wait” for economic equity.

Jatfors said governments can help spur improvements with equal-pay policies and investment in parental and elder care infrastructure, and by allowing women legal protections including job security during pregnancy.

There’s been “minimal progress” since last year’s report in measuring economic participation and opportunity, the WEF said, with the worst-performing countries mainly in the Middle East and North Africa. Only 34 percent of global managers are women, and income gaps have been “particularly persistent,’ with 63 percent of the global wage gap having closed so far.

Iceland was the best performer on the list for the 10th year running. It also remained No. 1 for women’s political empowerment, although it slid in female representation among legislators, senior officials and managers. In October, Prime Minister Katrin Jakobsdottir was among scores of Icelandic women who walked out of their workplaces to protest wage inequality and sexual harassment. Other nations with female leaders — New Zealand and the U.K. — finished seventh and 15th.

In Asia, the Philippines edged its way into eighth place on the overall global index. As such, it was the best performer in Asia, boosted by gender equality in education, politics and an improvement in wage equity. The country is far ahead of the continent’s next best performer — Laos at 26th. Singapore ranked 67th and China was 103th, coming in last globally in women’s health.

Political empowerment is where the gender gap remains the widest, according to the findings. The U.S. fell to the 98th spot for the measure, sliding from 66th in 2006. Still, in the midterm elections last month, which took place after the survey data was collected, women won a record 102 seats in the U.S. House as of Nov. 19, fueled by Democratic opposition to President Donald Trump.

A new sector for gender imbalance is emerging, according to the report. The gap in artificial intelligence is three times larger than in other industries, according to an analysis conducted by WEF and LinkedIn. Women with AI skills are more likely to be employed as data analysts and information managers, while men tend to land in more lucrative and senior positions such as engineering heads and chief executives.

“In an era when human skills are increasingly important and complementary to technology, the world cannot afford to deprive itself of women’s talent in sectors in which talent is already scarce,” said Klaus Schwab, founder and executive chairman of the WEF.

In this area, Singapore, Italy and South Africa outperformed others. Women made up 28 percent of its AI workforce, for the highest percentage among 20 economies surveyed this year using LinkedIn data. 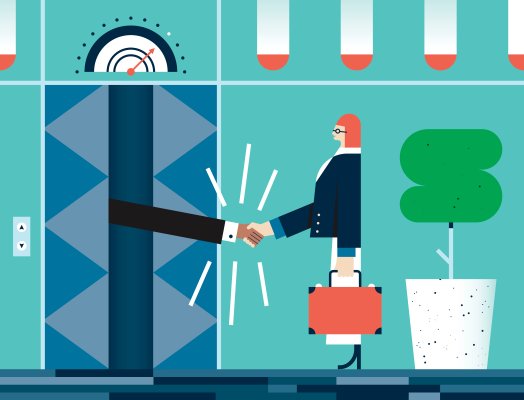 How to Tell If Someone Is Lying to You, According to Body Language Experts
Next Up: Editor's Pick