Experts Are Delighted At How Great This 4,400-Year-Old Tomb Looks

A 4,400-years-old tomb discovered south of Cairo, Egypt is delighting experts thanks to its “exceptionally well-preserved drawings.”

In a statement to CNN, Egypt’s Ministry of Antiquities minister Khaled al-Anani revealed that the new ancient tomb found, which comes from the 5th dynasty of pharaohs, was found at the Saqqara archaeological site and belonged to a royal purification priest named “Wahtye.”

Inscriptions on the tomb have led experts to suggest that the priest lived during the rule of King Nefer-Ir-Ka-Re and that the priest may have served as the king’s supervisor and inspector of the holy boat.

The walls of the tomb (and the cause for much excitement) are still decorated with colorful depictions of Wahtye with his mother, wife and family, as well as about 50 niches containing statues. Other wall paintings in the tomb depict wine and pottery making, musical performances, sailing, hunting, and funeral furniture. The tomb, which measures about 10 x 3 meters and also includes a basement, also had five burial shafts, which have not yet be excavated.

See pictures of the tomb below. 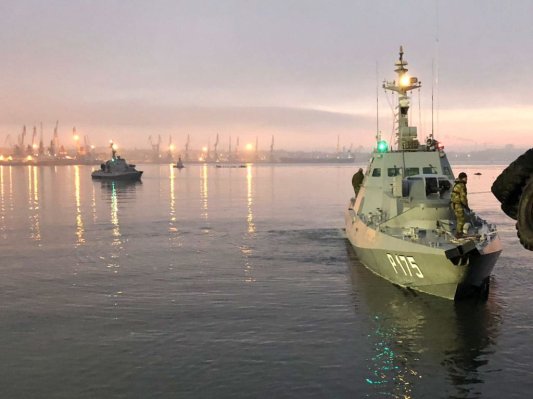 President Trump Could Help Stop a War Between Russia and Ukraine — But Only If He Will Stand Up to Putin
Next Up: Editor's Pick