Women are disproportionately affected by the automation of jobs and development of artificial intelligence, which could widen the gender gap if more women are not encouraged to enter the fields of science, technology and engineering, the World Economic Forum warned on Monday.

Despite statistics showing that the economic opportunity gap between men and women narrowed slightly in 2018, the report from the World Economic Forum finds there are proportionally fewer women than men joining the workforce, largely due to the growth of automation and artificial intelligence.

According to the findings, the automation of certain jobs has impacted many roles traditionally held by women. Women also continue to be underrepresented in industries that utilize science, technology, engineering and mathematics (STEM) skills. This affects their presence in the booming field of AI. Currently, women make up 22% of AI professionals, a gender gap three times larger than other industries.

“This year’s analysis also warns about the possible emergence of new gender gaps in advanced technologies, such as the risks associated with emerging gender gaps in Artificial Intelligence-related skills,” the report’s authors write. “In an era when human skills are increasingly important and complementary to technology, the world cannot afford to deprive itself of women’s talent in sectors in which talent is already scarce.”

The World Economic Forum report ranked the the United States 51st worldwide for gender equality — above average, but below many other developed countries, as well as less-developed nations like Nicaragua, Rwanda and the Philippines. Women in the U.S. had better economic opportunities than those in Austria, Italy, South Korea and Japan, according to the World Economic Forum.

The U.S. fell two spots from its ranking 2017. While the gender gap improved slightly in economic opportunity and participation, the gap between men and women regarding access to education and political empowerment reversed, in part due to a decline in gender equality in top government positions.

The World Economic Forum, which is known for its annual conference in Davos, Switzerland, measured the gender gap around the world across four factors – political empowerment, economic opportunity, educational attainment and health and survival – to find that the gap has closed 68%, a slight improvement from 2017, which marked the first year since 2006 that the gender gap widened.

As the gender gap stands now, it will take about 108 years to close completely and 202 years to achieve total parity in the workplace.

Here are the top 10 most gender-equal countries. 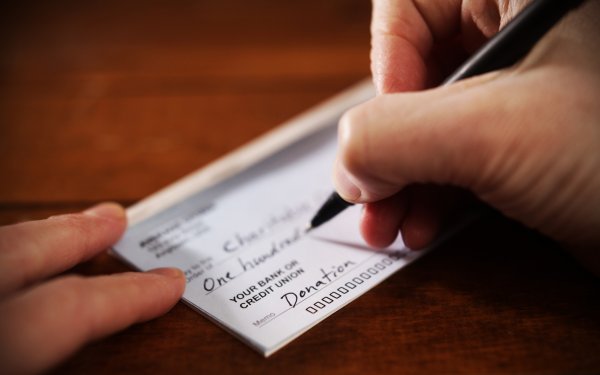 5 Ways Charitable Giving Is Likely to Change in 2019
Next Up: Editor's Pick