Was There a Midwife at the Manger? Here’s What the History of Childbirth Says About the First Christmas

The Adoration of the Christ Child. Found in the Collection of Palazzo Madama Torino.
Heritage Images/Getty Images
By Patricia Harman

As the Christmas season approaches, the image of Jesus’ birth in the manger — complete with Mary and Joseph kneeling over the infant, the three wise men, an angel and the animals looking on — will be seen everywhere. But research reveals that there was most likely someone else in the background. A midwife.

None of the Gospels in the Bible provide much detail about the actual birth of Jesus; Luke merely says that Mary gave birth to him, and Matthew says even less. But religious researchers frequently quote a text called the Protoevangelium of James, which was omitted from the New Testament. This ancient translation is much more detailed about the birth and mentions two midwives being present, one of whom plays the key role of attesting to Mary’s virginity. Though that gospel is apocryphal, experts in such matters think that Mary would indeed have been assisted in giving birth, and the midwives made their way into medieval Nativity Plays and religious art.

Other scholars point to earlier parts of the Bible, Exodus, in which midwives are mentioned as an integral part of the health care system and Hebrew culture. They consider it unlikely that a young woman who had not borne children would have ended up alone during her birth. Labor, for a first time mother, would have been 12-36 hours long and was a dangerous endeavor. Many women died. If there was time, Joseph surely would have called for a midwife and a midwife would have come despite the fact that the couple were strangers in Bethlehem and possibly couldn’t pay.

After all, from earliest written records and even earlier artist’s images, the midwife has long been at the bedside of women in labor, both wealthy and poor. More recently, Queen Elizabeth II was assisted by midwives in cozy Buckingham Palace; Catherine, Duchess of Cambridge, had midwives too. In the United States, up until the middle of the 20th century, most presidents would have been born with the assistance of midwives. But there’s also evidence that the midwife has served an important social role since ancient times.

Tracing midwifery through written history is difficult because the issues of women weren’t considered of historical significance. Women themselves often didn’t read or write so they couldn’t tell their own story. Some of the earliest mention of midwives is found in the Old Testament when in Egypt the midwives were commanded to kill all the infant boys. The mother of Socrates was a midwife and he wrote of the midwifery practices of the time. Artwork of the ancients depicts midwives holding patients up as they walked through contractions, helping them push and pulling on their hands to give them strength — all things that I, as a midwife, have done in recent years. Carved Roman frescoes are also a window into the birthing rooms of the past.

In the European Middle Ages, every village would have had a local woman who was called to assist with birth. Usually she was mature, had borne children herself and was wise and calm. Sometimes she also took care of the sick with herbs and home remedies. She was there at the birth and at the deathbed as well.

From the 14th to the 17th century, in Europe, the view of women healers took a dark turn. They were knowledgeable about female anatomy and physiology, herbal cures, and the birthing process — from which men were, at that time, excluded. Perhaps because they had become so powerful in their communities, the image of the midwife became associated with witches. Then, during the 17th century, the image of midwives started to change again. In Germany, England, Holland and France, after a training period of two to four years with another practitioner, midwives could be licensed. And since many could read and write, they could study whatever scientific literature was available, which wasn’t much.

During the 1700 and 1800s in North America, midwifery was once more re-invented. There were again no schools or licenses. Indigenous people had their own traditions of childbirth, of course. Immigrant midwives from Europe passed their skills from one woman to another. African midwives, who’d been transported as slaves across the Atlantic, brought knowledge from their own cultures and attended the births of both blacks and whites in the South.

Unlike in Europe, where midwifery laws were national, in the U.S. they were regional or non-existent. With few trained physicians willing to attend poor women, midwives in most states practiced without government interference or support. They were not in a position of power; they made relatively little money and did not see themselves as professionals.

By the 1920s, 70% of babies were still born at home. Around that time, a new medication for childbirth, Twilight Sleep, was developed; it promised women a “painless” birth but could only be administered in hospitals. A movement away from midwives began. Some women believed that home birth was old fashioned, and doctors encouraged them to deliver in hospitals instead. This change was in some ways part of a growing women’s movement that demanded the right to vote, as women sought to control their own lives — but in fact, Twilight Sleep was an amnesiac; it didn’t actually make childbirth painless, it just made women forget what they’d been through.

And yet in the same period, Mary Breckinridge, a British trained nurse-midwife, brought modern midwifery to the U.S. in 1925. The granddaughter of a U.S. Vice-President, she established The Frontier Midwifery School in Hyden, Ky. Her students were educated nurses. They were often from the upper class and served the poorest of the poor. Who could argue with that? But soon women who could afford to deliver in hospitals began to look for similar services. They wanted to have more of a say in what happened to them. They wanted the fathers of their babies to be at the birth. Since then, midwifery has slowly returned to the mainstream in the U.S. Currently there are about 12,000 nurse midwives practicing in the United States. Worldwide there are about 27 million midwives, but that should be no surprise. For thousands of years, midwives have been there.

We often forget to mention them when we tell the stories of how important people came into the world, but they were there nonetheless. And they still are. Women today can find midwives in every community who will support them in their childbirth choices, in the hospital, at a birth center, in their homes, or who knows — maybe in a stable…if it’s warm and clean.

Patricia Harman spent over thirty years caring for women as a midwife—first as a lay-midwife, delivering babies in cabins and on communal farms in West Virginia, and later as a nurse-midwife in a community hospital birthing center. She is the author of the Hope River midwife series of novels. The most recent installment, Once A Midwife, is available now from William Morrow. 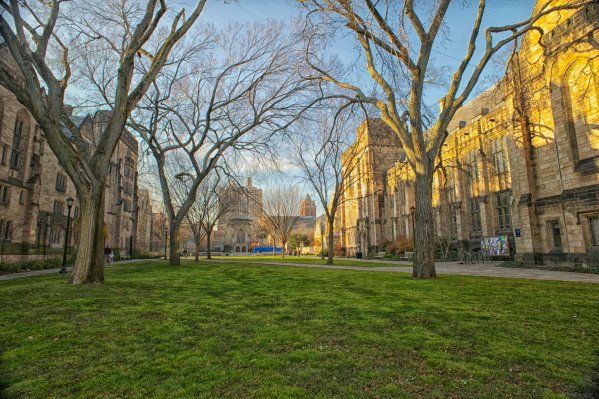 Fewer Students Are Majoring in History, But We’re Asking the Wrong Questions About Why
Next Up: Editor's Pick