Six airstrikes against the Al-Qaeda affiliated al Shabaab group were carried out near the capital Mogadishu on Saturday and Sunday.

“At this time we assess these airstrikes did not injure or kill any civilians,” Africom said in a statement.

The airstrikes are amongst the deadliest this year, and are part of a military escalation in the east African country led by the Trump Administration with the support of the Somali government and the African Union, which has security forces stationed there.

Somalia’s U.N.-backed government is at war with al Shabaab, which controls parts of the country. The group is suspected of carrying out a massive truck bombing in October 2017 which killed at least 587 people and wounded many more. The group also has a growing presence in Kenya.

“Alongside our Somali and international partners, we are committed to preventing al Shabaab from taking advantage of safe havens,” Africom said in a statement on Monday.

More than 500 U.S. troops are currently stationed in Somalia. However the U.S. has said its long-term aim is to transfer responsibility for security to the Somali government. 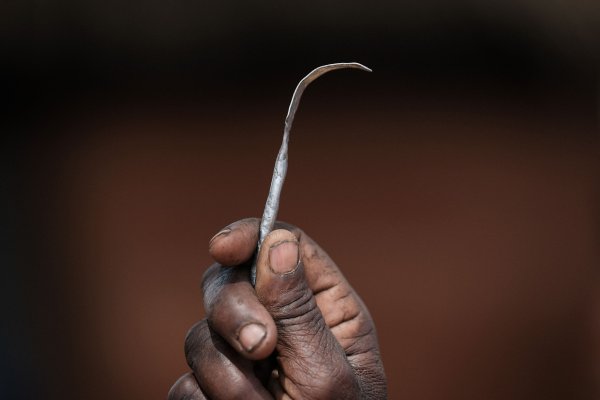 Two Girls Die After FGM Procedure in Somalia
Next Up: Editor's Pick