On the Anniversary of the Delhi Gang Rape, a Three-Year-Old Girl Becomes India's Latest Victim of Sexual Assault

On 16 December 2012 in New Delhi, a 23-year-old female physiotherapy intern was beaten and gang raped in a private bus.
Arindam Shivaani—NurPhoto via Getty Images
By Suyin Haynes

On the sixth anniversary of a brutal gang rape on a bus that left India reeling, a three-year-old girl has been left in a critical condition after she was allegedly raped by a neighbor in Delhi Sunday.

Local media reports that the accused lured the toddler outside her house by promising her sweets, while her laborer parents were away. The unnamed girl was reportedly found lying on a road in Bindapur village in the capital, and rushed immediately to hospital in a serious condition, with doctors announcing that surgery would take place on Monday. The accused perpetrator is a 40-year-old security guard, according to the BBC, with Delhi Police confirming that he has been arrested and that a case was registered against him under the Protection of Children from Sexual Offenses Act. He was reportedly found and beaten by other locals, and protests were staged at the local police station in Bindapur.

The crime comes as the country remembers the brutal beating and gang rape of 23-year-old student Jyoti Singh Pandey, widely known under the pseudonym Nirbhaya, on a bus in New Delhi in 2012. Pandey died thirteen days after the incident due to the severity of her injuries. Delhi Women’s Commissioner Swati Maliwal condemned the recent crime and appealed to the country’s Prime Minister Narendra Modi for stronger punishments in such cases of assault, tweeting that “on this very night, 6 years back Nirbhaya was brutally raped. Nothing has changed.”

Sunday’s case is the latest in a string of high-profile sexual assault crimes against women and girls that have garnered outrage in India this year. In January, an eight-month-old baby girl was raped in New Delhi, thousands of protesters took to the streets across the country in April responding to the gang rape and murder of an eight-year-old girl, and in June, five charity workers in the east of the country were kidnapped and gang-raped at gunpoint. 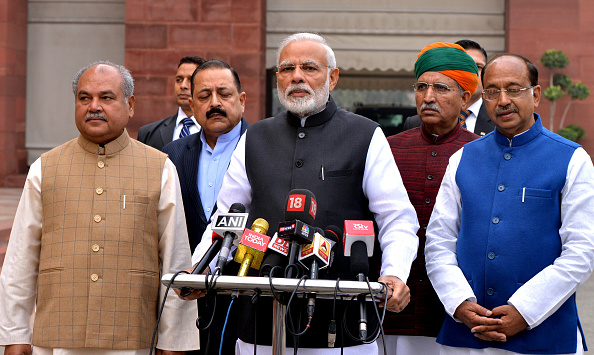 Why Narendra Modi's Ruling Party No Longer Looks Invincible in 2019 Indian Elections
Next Up: Editor's Pick