2018 Was A Tense Year. The Biggest Search Trends on Dictionary.com Show Just How Tense It Was

Online dictionaries are a looking glass, with lookups reflecting whatever people are trying to wrap their brains around at any given moment. When news breaks, people don’t just go to their Google search bars for more information, they also seek context at places like Dictionary.com. And on Tuesday, the company released a roundup of “biggest search trends” for 2018.

If their data is any indication, it was a tense year.

Shared exclusively with TIME, the list contains words that masses of people suddenly sought to define, recalling viral moments that united and divided English speakers during the past 12 months. Take a look below.

In January, football player Tom Brady cut short a radio interview after the interviewer referred to Brady’s 5-year-old daughter as a “pissant” on another show. Describing a sports superstar’s progeny as “a person or thing of no value or consequence” — or calling any child a name — is pretty widely considered a no-go in polite society.

In September, the world became flush with amateur linguists who were determined to find out who was behind a mysterious anonymous op-ed published in the New York Times by a “senior official” in the Trump Administration. (It claimed that insiders were working to “thwart” the President and lead a resistance from within.) Among the less common words that seemed like they could be clues to the author’s identity was amorality. “The root of the problem is the president’s amorality,” the author wrote.

Its meaning: “having no moral standards, restraints, or principles; unaware of or indifferent to questions of right or wrong.”

As TIME detailed in a recent cover story, which named “The Guardians” as the 2018 Person of the Year, these are historically charged times for members of the press. The President of the United States has repeatedly cast journalists as an enemy, newsrooms have been evacuated over threats and several journalists have lost their lives in violent confrontations.

According to Dictionary.com, lookups for stochastic terrorism spiked when it was used “to describe physical attacks on journalists after negative comments were made about the media.” The site defines the term as “the public demonization of a person or group resulting in the incitement of a violent act.” The word stochastic, related to the term statistics, can refer to something that follows a general pattern but cannot be predicted precisely.

If you missed the great “laurel” vs. “yanny” debate, then congratulations on what must be a very busy and important life. As the world argued about which sound they heard in a viral audio clip that spread this May, many went to look up the words. Curious people could find an entry for laurel (“a small European evergreen tree”). There is, unfortunately, no known meaning of yanny. “Did you mean yawny?” Dictionary.com replies.

A more seriously divisive time arrived in September when Christine Blasey Ford testified about Brett Kavanaugh, then a nominee to the Supreme Court, alleging he sexual assaulted her decades earlier. It seemed the world paused together to watch the hearings at which both were grilled by senators tasked with deciding whether to approve his nomination (which they ultimately did).

Blasey Ford was not the only one to level allegations against Kavanaugh. Among the terms thrust into the zeitgeist around the Kavanaugh conflict was “con job,” a phrase meaning an act of “duping or swindling.” President Trump used those words to describe the multiple allegations made against the now Supreme Court justice.

In a public feud this year between rappers Cardi B and Nicki Minaj, the former uttered the word “footages.” The normal plural for the term referring to “motion-picture scenes” is footage. But doubters who wanted to criticize Cardi B’s diction were thwarted by Dictionary.com, which views footages as a real word, even if it’s not a formal one. Sometimes what originally appears to be a linguistic slip ends up in the dictionary, particularly if enough people start repeating it. (Just ask Sarah Palin about refudiate.)

Serious news organizations around the world, including this one, published profanity in January — after the Washington Post reported that President Trump had referred to several African nations as well as Haiti and El Salvador as “sh-thole countries” in a discussion about immigration. As outrage erupted around the world, Trump denied using that specific term even though he copped to “tough” rhetoric.

Thousands of people had already looked up its meaning and the word stuck in people’s craws. According to various dictionaries, it can mean “a disgusting place,” “an absolutely worthless place” or “a lavatory.”

If we needed more proof that anything attached to the Kardashians can go viral, the quite bland adjective self-made saw an enormous spike in lookups when it was used by Forbes to describe the billionaire status of Kylie Jenner in July.

The notion that the reality scion generated a cosmetics fortune “unaided,” Dictionary.com politely notes, was “called into question” by critics on social media. “Can it really be considered self-made,” one asked, “when you and your family are already impossibly famous and wealthy?”

North Korean leader Kim Jong Un unintentionally expanded vocabularies everywhere when he accused the United States of “hegemonism” in May, ahead of his historic summit with President Trump. A hegemon, more colloquially known as a superpower, can be a state that “exercises influence” over other nations or, more negatively, one that uses “aggressionism and expansionism” in pursuit of world domination.

The most notable spike Dictionary.com saw was for the term dog whistle, after then-Florida gubernatorial candidate Ron DeSantis used the term “monkey this up” in August in reference to his opponent Andrew Gillum, who is black. Many criticized DeSantis for using what they viewed as a veiled racial slur. The idea, as linguist Ben Zimmer once explained to TIME, is that a “dog whistle” is “speaking to a particular audience that’s supposed to pick up on a frequency that others won’t hear.” DeSantis ultimately won. 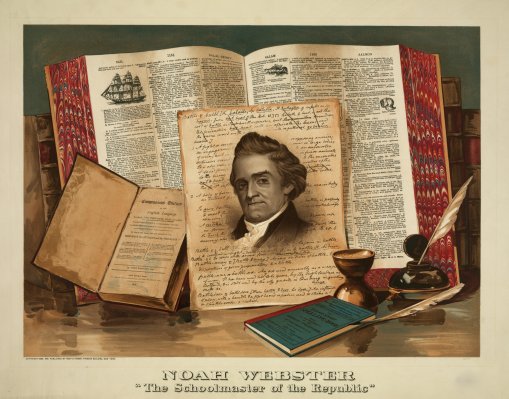 Dictionaries Have Been Inspiring Political Debates for Longer Than You Probably Think
Next Up: Editor's Pick