Accident or crime scene cordon tape, police line do not cross. It is nighttime, emergency lights of police cars flashing blue, red and white in the background
kali9—Getty Images
By Mahita Gajanan

A teenager exchanged gunfire with officers then killed himself after they intercepted him as he tried to enter an Indiana middle school, police said Thursday.

Law enforcement and school officials were warned that an armed individual was approaching Dennis Intermediate School in Richmond, Ind., Indiana State Police said. Officers arrived at the school around the same time as the suspect, who was identified as a 14-year-old boy.

Bursten said that someone called officers and school officials to warn them the teen was going to commit a “violent act” at the school. Bursten said the tip likely saved many lives.

“Had they not made that call, there is no doubt in my mind that we would be having a much different conversation right now,” he said.

The suspect did not attend the middle school, Bursten said. No students were injured in the shooting.

Dennis Intermediate Students were dismissed for the day and reunited with their parents. 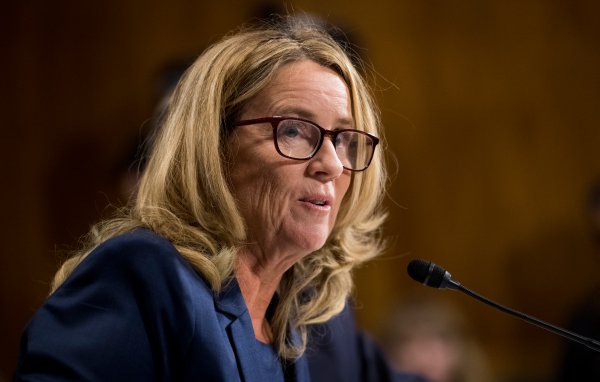 Christine Blasey Ford Emerges to Honor Gymnast Who Spoke Out Against Larry Nassar
Next Up: Editor's Pick