The Real History Behind the Movie Roma

Roma, Alfonso Cuarón’s highly personal, critically acclaimed new film, meticulously reconstructs the Mexico City of the filmmaker’s 1970s childhood, depicting events both insignificant and monumental — from unfinished colas to political upheavals — with equal care. The movie, which premiered at the Venice International Film Festival in August and opened in theaters in November ahead of its Netflix debut on Dec. 14, has already picked up a trove of awards and nominations, including three nods from the Golden Globes. Roma is also nominated for 10 Oscars, including Best Picture, Best Foreign Language Film and Best Director.

The film is painstakingly precise in its recreation of the place and time during which the story is set, as shown through the eyes of Cleo (Yalitza Aparicio), a live-in domestic worker inspired by the one who helped to raise Cuarón, and the middle-class family that employs her. Although the movie is not directly about the politics or social issues of the time period, they seep into the narrative, subtly at times, and dramatically, unmistakably, at others.

Expertise on the time period is not a prerequisite for appreciating Roma, but viewers who experience the movie without a foundation in modern Mexican history might find themselves hungry for a better understanding upon leaving the theater (or closing Netflix, as the case may be). To help provide some of the context for the story, TIME spoke with experts on 20th-century Mexican history about the dominant political and social forces shaping Mexico during the time when Roma takes place.

A Nation on the Brink

Through much of the 20th century, Mexico was a nation situated at an uneasy juncture between authoritarianism and democracy. In the ‘70s, the Institutional Revolutionary Party (PRI) dominated the country’s government, as it had done since its founding in 1929, using a combination of political patronage, repression and electoral fraud to maintain its hold on power. Roma depicts Mexico at a moment when the tensions created by this system had nearly reached a breaking point.

Violence in the countryside had been a mainstay of the regime for years. One of the legacies of the PRI was the so-called “Dirty War” against insurgents in rural Mexico during the 1960s and ‘70s. According to an official report leaked in 2006, Mexican government soldiers carried out a host of atrocities during the campaign, perpetrating massacres, rapes and the destruction of entire villages in order to destroy both armed and legal opposition.

Roma captures Mexico at a time when this type of violence was making its way into every facet of society. In 1968, as youth movements broke out in the United States and around the world, Mexico City experienced a summer of street protests against government repression. On Oct. 2, thousands of students gathered in the Three Cultures Square in Mexico City’s Tlatelolco housing complex. During the meeting, government snipers positioned on rooftops opened fire, and as chaos took hold, soldiers positioned on the edge of the plaza began to fire into the crowds of students, killing dozens in what came to be known as the Tlatelolco massacre.

The events of Roma follow the horrific legacy of 1968. As the family drama unfolds, tensions within the city begin to boil. Campaign posters and signs touting the PRI appear in several scenes, while Fermín (Jorge Antonio Guerrero) a young man whom Cleo dates, is shown training with several hundred young men as part of a secretive paramilitary force.

These political stresses come to a head in Roma’s depiction of another event that rocked Mexico to its core: the Corpus Christi Massacre, which provides the backdrop to one of the film’s most climactic scenes. On June 10, 1971, a crowd of protesting students was attacked by the Halcones, or “Falcons,” a group of young government-trained paramilitaries intended to pass as a rival student faction. Armed with knives and bamboo sticks, the thugs killed dozens of demonstrators, and the clash sent shockwaves throughout the country.

“Part of the modern Mexican state’s deal with the Mexican people was that violence would not happen in the cities,” explains Paul Gillingham, a historian at Northwestern University specializing in Mexican politics, culture and violence. “Violence happens a lot in the countryside—it was very much a case of out of sight, out of mind, which was also helped by tight control of the Mexican national press,” says Gillingham. “The Corpus Christi Massacre and the Tlatelolco massacre that preceded it broke this basic rule.”

For some, the 1968 and 1971 massacres were galvanizing events, undeniable manifestations of the fact that the regime’s democratic motions were only window dressing for an authoritarian state.

“It was confirmation for many young people that there was no other way but armed struggle,” says Sergio Aguayo, a professor at El Colegio de México and the President of the Board of Directors of Fundar, a Mexican democratic research NGO. “[The government] crushed insurrections everywhere, and out of the disappeared people for political reasons emerged the modern human rights movement that was fundamental in the eroding of the legitimacy of the political system.”

It would take many more years for the PRI’s monopoly on power in Mexico to fall. Only in 2000 was the PRI’s presidential candidate defeated, by the country’s 55th president, Vicente Fox, ending the party’s 71-year period of political domination.

The issue of land usage also appears in the background of the story in Roma, much as many conflicts in the Mexican countryside tended to play out in the periphery of the lives of those living in the cities. In the film, when the family takes a trip out of Mexico City, they find that their landowner friends have been in conflict with their tenants, who have apparently killed their dog.

These land disputes have deep roots, dating back to conflicts over ownership from decades earlier. In the early 1900s and before, many villagers’ land was illegally confiscated by plantation owners, reducing farmers to serfdom. An important tenet of the PRI government was the restoration of these lands through breaking up plantations, a goal that was carried out sporadically through the decades.

Throughout the 20th century, the PRI continued to maintain popular support in part by portraying themselves as land reformers who would redistribute the country’s wealth, despite the fact that Mexico continued to be an extraordinarily unequal country under the party’s rule. For many, the massacres in Mexico City exposed the government for the near-authoritarian system it was. “Corpus Christi is the confirmation of the damage done in ’68,” says Gillingham. “[It was] the delegitimization of a revolutionary regime.”

In midcentury Mexico, land reform remained a promise only half kept, with many communities lacking the land they needed to subsist in the midst of an enormous demographic boom. By the ‘60s, the problem could no longer be dismissed.

“You have the influence of not just Mexican ideals of revolution, but you’ve also got Cuba,” explains Gillingham. In nearby Cuba, Fidel Castro had recently led a dramatic communist revolution, overthrowing the authoritarian government of Fulgencio Batista in 1959 and inspiring other poor populations to take up arms. “And so the effect of this is that through the 1960s you have increased peasant occupations of land, radicalism and army responses putting down peasant protests.”

In Roma, unspoken divisions of race and class play out beneath the surface of every encounter. Cleo, who is indigenous, watches television and goes on vacation with the white family she serves, seemingly erasing the barrier between them—until she is asked to go fetch tea.

“The color of your skin determines the size of your bank account, or indeed if you’ve got a bank account at all,” Gillingham says. “Most of the poorest rural populations in Mexico are also the most indigenous populations.”

Land shortages, in addition to the regime’s policy of keeping corn prices artificially low to promote industrialization, forced massive migrations of poor indigenous populations, both to the United States and to larger cities in Mexico. Many, like Roma’s Cleo, came to Mexico City and other urban areas to be housekeepers, often serving as bridges that drew others from their families or villages away from their homes in the countryside.

For Gillingham, the impetus behind these migrations is the same motivating force that underlies almost all of the social and historical dynamics in Roma’s Mexico City and the lives of those swept up in it: “straightforward, desperate poverty in parts of what is a really rich country.” 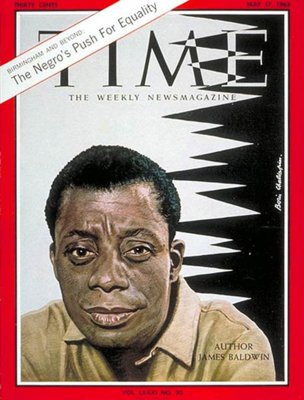 How 'If Beale Street Could Talk' Author James Baldwin Went From Literary Critic to Civil-Rights Icon
Next Up: Editor's Pick