Indian PM Narendra Modi accepted his Bharatiya Janata Party's defeat in the just-concluded assembly elections in five states. Dec. 12, 2018.
Xinhua News Agency/Getty Images
Ideas
By Alyssa Ayres
Ayres is senior fellow for India, Pakistan, and South Asia at the Council on Foreign Relations, and is the author of Our Time Has Come: How India is Making Its Place in the World. She served as U.S. deputy assistant secretary of state for South Asia from 2010 to 2013.

More than 100 million voters in five states across India went to the polls in November and December. The results announced on Dec. 11 put the current governing Bharatiya Janata Party (BJP) led by Prime Minister Narendra Modi on the defensive: they didn’t win a single state. With national elections to be held by May 2019, the narrative has shifted in India. For the first time in a while, the BJP no longer looks invincible.

It seemed like yesterday that the BJP had all the political momentum. In 2014, they won the first single-party majority in 30 years in the country’s lower house of parliament. They followed this by gaining power in state after state, controlling 21 of India’s 29 state-level assemblies by May 2018. Modi’s policy focus on economic growth, jobs, and good governance appealed to voters, and his early efforts to woo foreign investment to India and spur manufacturing attracted global attention. What’s more, the Indian National Congress party (known as Congress)—which had dominated politics for most of the country’s history since independence in 1947—had a much-diminshed presence, with not even enough seats in the lower house to hold formal opposition status. In the states too the party’s control dwindled as it kept losing out to the BJP.

So what happened? While it’s too early to have a full picture of why voters rejected the BJP in all five states, economic issues likely played an important role. Despite the emphasis Modi’s government has placed on economic growth and employment, it has not delivered enough jobs for India’s burgeoning population. Stories circulate regularly about the 20 million applicants for just 100,000 jobs in the railway service, or other examples of prohibitive odds. The unemployment rate as measured by the Centre for Monitoring Indian Economy (CMIE) has been ticking up over the past year, and reached 6.62 percent as of November 2018. This is on top of a growing realization that rural India is suffering, and not presently reaping the gains of national-level economic growth. Most of India remains rural.

It also now seems that two policy steps the Modi government took in the name of reform also resulted in economic distress. The first was demonetization in Nov. 2016, which was billed as an anti-corruption measure. Under that policy, almost 90% of the country’s currency notes by value were taken out of circulation. Poor implementation—for example, the new notes had a different size so did not fit into ATMs, leading to recalibration delays—deepened the shock, causing economic activity in the informal, cash-based economy, to freeze. This hurt small businesses and workers throughout the informal sector. Second, a long-awaited and important reform that unified all of India’s states into a single market for a goods and services tax, had a rocky and complicated debut that hurt some businesses as well.

For a party that had staked its national presence on economic performance, there simply wasn’t a terrific story to tell the voters.

In addition, voters did not seem to find the BJP’s return to a more religious nationalism-based agenda compelling. In early 2017, after gaining power in the large state of Uttar Pradesh, the BJP appointed a divisive religious firebrand, Yogi Adityanath, as the state’s chief minister. He set out on the national stage this year, and campaigned vigorously for the party in Madhya Pradesh, Rajasthan, and Chhattisgarh across the populous Hindi heartland. Although his own state suffers from law and order problems, he became a “star campaigner” elsewhere in India, delivering speeches with “generous doses of Hindutva” (Hindu nationalism), according to one press account. This did not succeed.

It’s also the case, however, that in three of the five states, the BJP had been in power—and in India, incumbency confers no advantage. In fact, journalists regularly write about the “anti-incumbency factor” in India. So it’s possible that voters in Chhattisgarh and Madhya Pradesh, where the BJP had been in power for three successive terms, or Rajasthan (one term), felt it was just time for a change.

But there’s no denying that these losses for the BJP create a new opening for the Congress party, which walloped the BJP in Chhattisgarh, won decisively in Rajasthan, and won the largest number of seats in Madhya Pradesh. (In Telangana and in Mizoram, local parties trounced both the BJP and Congress.)

The lessons of these state elections will apply to the national landscape ahead. Momentum matters: A year ago, political pundits in India would have said the BJP was near-certain to win re-election in 2019, with the margin of victory the only uncertainty. Today, you’re just as likely to hear speculation about a diminished BJP requiring coalition partners to get across the finish line—or even the return of a large Congress-led coalition.

In short, a government’s record matters. If the BJP cannot explain how their policies have improved people’s lives, then voters may very well look to someone else. 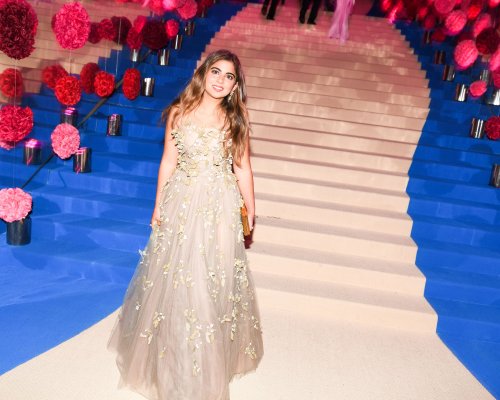 This $100 Million Indian Wedding Will Put Crazy Rich Asians to Shame
Next Up: Editor's Pick