The owner of the @Wwm_Shakespeare account, a 40-something who would prefer to stay unnamed because of his work with a global company, would post verbatim snippets from the Bard’s plays and sonnets alongside personal photos.

Occasionally, the lines would comment on current events, as when Leonard Nimoy died in 2015 (“The heavens speed thee in thine enterprise!”) or when Prince died in 2016 (“Good night, sweet prince, And flights of angels sing thee to thy rest!”)

But something changed shortly before Donald Trump’s inauguration in January of 2017. An out-of-context line from “All’s Well That Ends Well” about a disloyal aide suddenly took off, getting thousands of retweets: “he’s a most notable coward, an infinite and endless liar, an hourly promise-breaker, the owner of no one good quality.”

Shakespeare, it seems, had discovered the power of the Trump subtweet. It is, perhaps, the pre-eminent artform of the Trump era, a subtle drag on the president that is frequently accompanied by a high-minded reference and a sly “who me?” tone. Though delivered through his favorite medium, the tweets derive their power from the fact that they are so utterly un-Trumpy, avoiding his direct and bombastic attack style.

The most successful practitioners of the Trump subtweet have been dictionaries, but they’ve also regularly come from national parks, Shakespeare, a former federal prosecutor, the former head of the FBI, a former White House photographer and an account that tweets out federal criminal statutes.

“People want to know that they’re not crazy, that words have meaning and that facts, education and learning are all good things,” Shakespeare told TIME in an email. “Some of these accounts are nice reality checks and the fact that they’re academic makes them that much sweeter.”

Trump himself bears part of the blame for these subtweets. Because he is constantly in the news, it’s become hard to comment on popular events without referencing him. The Twitter account for the Merriam-Webster dictionary began subtweeting Trump in part because it was responding to internet searches for words, such as ones he had misspelled.

Over the course of Trump’s presidency, dictionary accounts became emboldened enough that Dictionary.com tweeted out the definition of “traitor” the day of Trump’s controversial press conference with Russian President Vladimir Putin.

During the early days of the Trump Administration, social media managers of some national park sites also appeared to be tweaking the president’s often-stated disbelief in the science behind climate change, sharing what would have previously been uncontroversial messages about global warming.

These subtweets came with some measure of plausible deniability, however.

That changed after Trump had been in office a while and some his louder critics, such as former U.S. attorney Preet Bharara, who Trump fired, and former FBI director James Comey, who Trump also fired, began to do it as well.

On a particularly juicy day in the proceedings against Trump’s former fixer, Michael Cohen, Bharara tweeted out of the blue: “God bless our independent judiciary.”

And when the news broke that Trump had allegedly referred to Haiti, El Salvador and African countries as “shitholes,” Comey chimed in with a quote from the poem on the Statue of Liberty.

Trump’s legal troubles have also contributed to the phenomenon. On Dec. 3, when Trump tweeted out praise for longtime associate Roger Stone for saying he would “never testify against Trump,” an action which some legal experts viewed as potentially interfering in the Mueller investigation, @CrimeADay weighed in, as it often has:

But while all these accounts are regularly subtweeting Trump, it is Shakespeare who has the most literary format.

In September, the same day that Trump gave a speech at the United Nations, came a line from “Hamlet” about a troubled king: “Madness in great ones must not unwatch’d go.”

On Nov. 29, as former Trump lawyer Michael Cohen pleaded guilty in a federal courtroom in Manhattan, sharing details about a planned Trump Tower in Moscow, came a line from “Love’s Labor’s Lost”: “What did the Russian whisper in your ear?”

And on Dec. 12, when Cohen was sentenced to three years in prison, the account posted a fragment of “King Lear”: “go follow them to prison.” 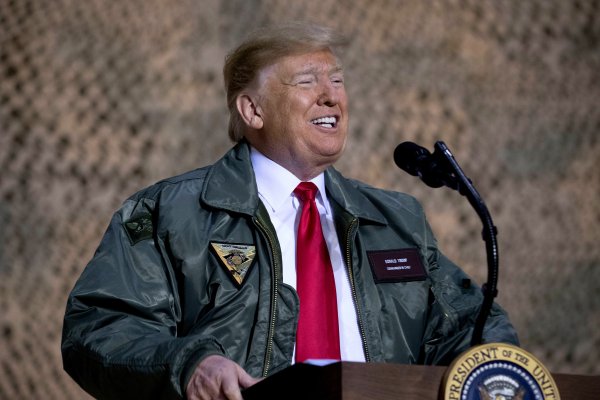