'I Would Certainly Intervene.' Trump Says He Would Get Involved in the Huawei CFO's Case for a Trade Deal

President Donald Trump said he would intervene in U.S. efforts to extradite Huawei Technologies Co. executive Meng Wanzhou if it helped him win a trade deal with China.

“If I think it’s good for what will be certainly the largest trade deal ever made, which is a very important thing — what’s good for national security — I would certainly intervene, if I thought it was necessary,” Trump said Tuesday in an interview with Reuters.

Meng was arrested earlier this month at the request of U.S. authorities, who allege she conspired to defraud banks to unwittingly violate U.S. sanctions by clearing transactions linked to Iran. On Tuesday, she was granted a $7.5 million bail by a Canadian court, allowing the Huawei chief financial officer to return to her Vancouver home as extradition proceedings continue.

The arrest has threatened to disrupt U.S.-Chinese relations even as the two nations’ leaders seek to negotiate a trade deal that would scale back a series of tariffs that have been implemented this year. China’s Vice Foreign Minister Le Yucheng summoned U.S. Ambassador to China Terry Branstad to protest the arrest on Sunday, accusing the U.S. of violating the “legitimate rights and interests of Chinese citizens.”

Revelations Tuesday that a former Canadian diplomat had been detained during a visit to Beijing added to concerns that the dispute could escalate into a broader tit-for-tat between China and the U.S. and its allies. Canadian Public Safety Minister Ralph Goodale told reporters he saw “no explicit indication” Meng’s case was linked to the detention of Michael Kovrig, who now works as a senior adviser to the International Crisis Group in Hong Kong.

Trump’s remarks appeared to undercut other officials in his administration who contended that Meng’s arrest — which came the same day he and Xi announced plans to break the trade impasse — was unconnected to the broader negotiations. U.S. Trade Representative Robert Lighthizer said Sunday during an appearance on CBS’s “Face the Nation” that the case was a “criminal justice matter” and unrelated to trade talks.

That message was echoed by Larry Kudlow, the head of Trump’s National Economic Council, who told “Fox News Sunday” that the Huawei case and the trade discussions were different “and I think President Trump and President Xi will continue to keep that difference.” 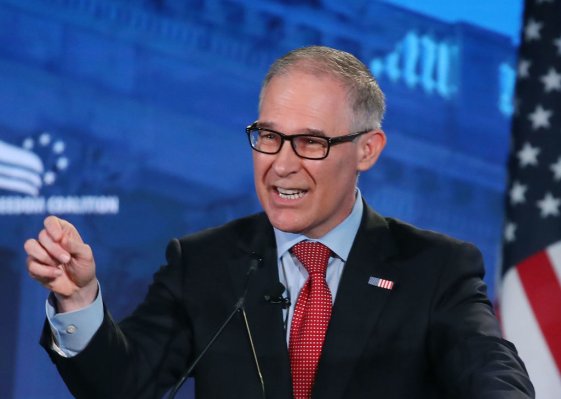