This post contains spoilers for The Innocent Man: Murder and Injustice in a Small Town.

Netflix’s latest addition to its arsenal of true crime stories visits a small town in Oklahoma rocked by two brutal murders in the 1980s.

Based on John Grisham’s bestselling 2006 nonfiction book The Innocent Man: Murder and Injustice in a Small Town, the six-part series, The Innocent Man, takes on the separate investigations of the murders of two women in the usually quiet locale of Ada, Okla. Arriving on Netflix Dec. 14, the series weaves together the stories of Ron Williamson and Dennis Fritz, two men who were wrongly convicted in the 1982 murder of Debbie Sue Carter, and Tommy Ward and Karl Fontenot, who were convicted in the 1984 murder of Donna Denice Haraway but continue to maintain their innocence.

The story is marked by several of the same themes that anchor Netflix’s other true-crime documentary hits. Along with shows like Making a Murderer and The Staircase, The Innocent Man reveals how the actions of a few individuals can corrupt systems of justice, unraveling the lives of innocent people and causing further pain to victims’ families, who seek closure.

Grisham’s book centers on the case of Williamson and Fritz—who were eventually exonerated—with a subplot about Ward and Fontenot’s conviction. The Netflix series provides updates to both cases with a deep dive that reveals startling similarities between the way both murder investigations were prosecuted, including using evidence based on coerced confessions, murky retellings of dreams and the testimony of a prison informant. Here’s what to know about the two murder cases central to The Innocent Man.

The 1982 murder of Debbie Sue Carter

The body of 21-year-old Debbie Sue Carter was found in her apartment in Ada in December 1982. She had been raped, murdered and left with words written on her body in ketchup.

Five years after Carter’s murder, authorities pursued Ron Williamson and his best friend Dennis Fritz in the case. Both men were well-known around Ada, particularly Williamson, who had left town with dreams of becoming a baseball star and returned after a series of injuries put those plans to rest. He suffered from mental health issues that intensified upon coming back home.

Williamson became implicated in the case after a witness, Glen Gore, reported hearing him harass Carter at the Coachlight Club, where she worked as a waitress, on the night she was killed. Fritz, a high school science teacher and single father raising his daughter following the murder of her mother, also came under suspicion because he was known to frequent the bar.

Both men were initially questioned early in the investigation and let go due to a lack of physical evidence. In the ensuing years, as prosecutors failed to bring any charges for the killing, Williamson went to prison for forging checks. While he was there, a prison informant, Terri Holland, told prosecutors that Williamson had confessed to killing Carter. Authorities jumped on the tip, and both Williamson and Fritz were arrested in 1987.

The evidence that emerged against the men was scant. Prosecutors relied heavily on the testimonies of Gore and Holland and hair samples that were said to match Williamson and Fritz. Police also recorded Williamson saying he had a dream in which he committed the crime, a statement they took as a confession. Ultimately, Williamson was sentenced to death and Fritz was sentenced to life in prison without parole.

About 11 years later, DNA tests concluded that the hair samples did not match either Williamson or Fritz. An evaluation of semen samples also suggested that the men had not raped Carter. Instead, DNA evidence pointed to the murder investigation’s key witness—Glen Gore—who was later convicted of killing Carter.

Williamson and Fritz were exonerated and released from prison in April 1999. Following their release, both men filed civil lawsuits against the city of Ada and others for their wrongful convictions. Both received an undisclosed amount of money in settlements.

By the time of his release, Williamson’s mental health had declined severely. He took to drinking heavily and died in 2004 at the age of 51 while living in a nursing home.

In the years after his exoneration, Fritz returned to teaching and became an activist on behalf of other people facing wrongful convictions, speaking frequently about the impact of imprisonment on his life.

“The harm that it did to me was that it took 12 years out of my life, away from my family members,” he told PBS in 2003. “I was cheated of watching my daughter grow and flower into a woman. No amount of money on the face of the earth could even begin to make an amend for what happened.”

The 1984 murder of Donna Denice Haraway

About two years before Williamson and Fritz received their wrongful convictions, two other men in Ada were given life sentences for the murder of Donna Denice Haraway.

Haraway, 24, disappeared in April 1984 from her job at a local convenience store. Her body was discovered in 1986 in a town about 30 miles east of Ada.

About five months prior to the discovery of Haraway’s body, Tommy Ward and Karl Fontenot were convicted of her murder, in circumstances that somewhat parallel those of Williamson and Fritz’s conviction. With little physical evidence to rely upon, prosecutors moved forward on the basis of coerced confessions from the two men, who claimed they abducted Haraway and took her to a remote area west of the town where they said they stabbed her. According Ward’s account, they burned Haraway’s body in a shack. It was later revealed that Ward’s statement partially came from a dream he’d had in between police interrogations. Grisham’s work further uncovered that Holland, the jailhouse informant essential to the prosecution of Williamson, was called as a witness in Fontenot’s trial and told the jury that Fontenot had admitted to killing Haraway.

The men’s confessions also differed from the facts of the actual murder, which came to light once Haraway’s body was eventually found. While both men claimed they had taken her westward, Haraway’s body was found east of Ada. She was not killed in a stabbing, but rather died of a single gunshot wound to the head. Neither Ward nor Fontenot ever mentioned a gun or shooting Haraway. And although Ward had said they’d set fire to the body, no evidence of burns emerged.

Despite the physical evidence being at odds with the confessions, the investigation did not clear Ward and Fontenot. Both men were given life sentences and have remained in prison since. They have repeatedly appealed for freedom in requests that have not been granted.

How the cases took a wrong turn

Grisham, who executive-produced The Innocent Man and appears throughout the series, says the events in the story would be unbelievable if he’d written them in a novel because it’s hard to imagine an entire justice system breaking down as it did in these cases. He concludes that the immense pressure put on law enforcement officials in a small town like Ada emphasizes winning above other factors.

“Winning means justice, winning means everything,” he says in the series. “And along the way, if the truth gets blurred, or forgotten, or twisted, or manipulated, that’s too bad. And that’s how we get wrongful convictions.”

Behind the wrongful and contested convictions in Ada is a small group people: District Attorney Bill Peterson, Ada lead police investigator Dennis Smith and Gary Rogers, an Oklahoma State Bureau of Investigation agent, all of whom were criticized after the exoneration of Williamson and Fritz for their sloppy handling of Carter’s case, as well as for ostensibly ignoring the evidence in Ward and Fontentot’s cases in favor of their own judgments.

Peterson has continued to defend his actions even after Williamson and Fritz were exonerated and never apologized to Carter’s family for the mistake. He has consistently maintained that he was just abiding by the rule of law, and that the results unfolded beyond his control.

“I don’t think I messed up,” he says in news footage included in the series. “To apologize to them for doing my job? That’s just not going to happen.”

Carl Allen, Ada’s assistant police chief from 1985 to 2011, also appears in The Innocent Man and asserts that the police officers involved in both cases did not “get together and decide to wrongly convict people on purpose.”

“I don’t believe they are capable of putting innocent people in jail,” he says. “I’m not telling you they’re not capable of making mistakes. We know they made some mistakes in the Carter case. That’s on record, everybody’s fessed up … Did they do it with purpose and evil intent? And I just don’t believe that they did.” 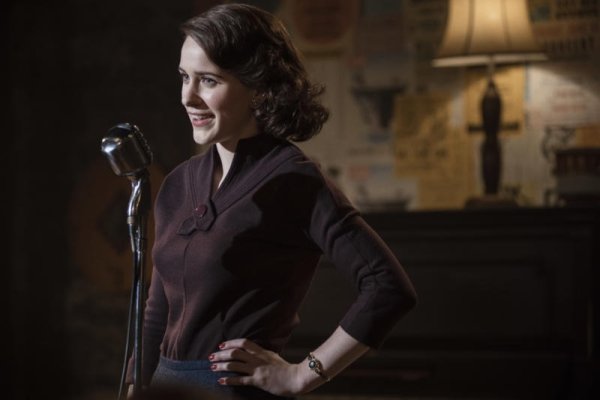 Here's What's New on Amazon Prime in December 2018
Next Up: Editor's Pick