Turkish police forces arrive at the scene after hijacked airplane of a Turkish company Pegasus Airlines was landed at Sabiha Gokcen Airport in Istanbul, on Feb. 7, 2014.
Tolga Bozoglu—EPA
By Denver Nicks

A flight from Ukraine to Istanbul was being searched by Turkish security forces on Friday after a passenger claimed a bomb was on board and, according to some reports, demanded the plane be rerouted to the site of the Winter Olympics in Russia.

“While the plane was in the air, one of the passengers said that there was a bomb on board and asked the plane to not land in [in Turkey] but rather to land in Sochi,” Habip Soluk, a Turkish transportation official, told CNNTurk.

Earlier, an unnamed Turkish official denied a report from the Dogan news agency that an alleged bomber tried to divert the flight to Sochi, where the opening ceremony of the Winter Olympics were under way, the Associated Press reports. Security has been tight in Sochi amid terror threats, and the United States this week banned all liquids, gels and aerosols in carry-on baggage on flights between Russia and the U.S.

The flight, from Kharkov, Ukraine, landed safely in Istanbul and was being searched in a “safe area” of the airport, the Turkish official said. Officials later said a suspect was in custody, NBC News reports. A Turkish journalist posted on Twitter what was purportedly a photograph of the suspect in the attempted hijacking, though that could not be immediately verified. 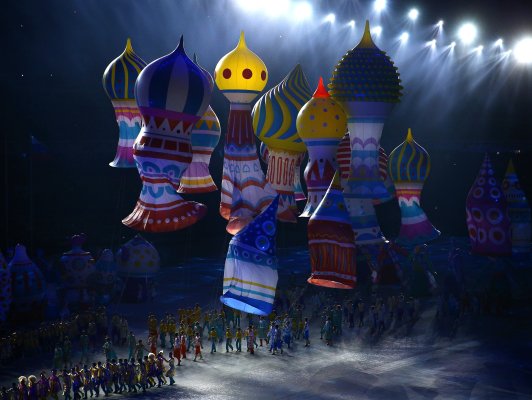