The Story Behind TIME’s 2018 Person of the Year Covers

Photographs by Moises Saman—Magnum Photos for TIME
By Katie Reilly

The man who photographed TIME’s 2018 Person of the Year covers — featuring several journalists who have been targeted for their work— is, himself, a photojournalist who has been imprisoned and blacklisted during two decades of covering political upheaval and war-ravaged communities around the world.

The 2018 Person of the Year issue features four covers depicting Philippines-based editor Maria Ressa, jailed Burmese journalists Wa Lone and Kyaw Soe Oo, the staff of the Capital Gazette, and the Saudi journalist Jamal Khashoggi, who was killed in October at the Saudi consulate in Istanbul.

“By featuring four distinct covers, we were able to amplify different voices from around the world,” says TIME creative director D.W. Pine. “In the process of just doing their jobs, our cover subjects faced dangerous threats in what continues to be a global war on the truth.”

Photographer Moises Saman takes a portrait of Shahidul Alam for TIME's Person of the Year portfolio in Bangladesh on Dec. 5, 2018.
Theodore Rex King for TIME

Photographer Moises Saman says he sought to create cover images that were visually and stylistically similar to convey the shared challenges of these journalists, even as they worked in distant countries under different circumstances.

Altogether, Saman photographed 26 journalists during trips to seven countries — including Myanmar, Bangladesh, Russia, Germany and Mexico. In total, he traveled over 30,000 miles across 17 days to photograph the Person of the Year issue.

“I wanted to find a way that somehow conveyed this sense of being under siege in a way — how the profession is under siege, not just in the U.S. but in many parts of the world,” Saman says. “I was going for this sort of dark, harsh light and shadows. But also sort of portraying a sense of being steadfast.”

“It takes a lot of courage for a lot of these people to stay doing what they’re doing,” he says. “It was really humbling and really such a privilege to meet some of these characters.”

“These are people who are usually on the other side of things. But these circumstances, these attacks on the press worldwide, have made them have to fight for something,” Saman says. “A lot of them — they wish that the circumstances weren’t such that they would have to be photographed by me.”

Saman can relate personally to the experience of being targeted for being a journalist. About two years ago, he was blacklisted and banned from a country — which he cannot identify publicly due to an ongoing legal battle — after covering an insurgency and photographing rebels. “When that story came out, it became a problem with the country,” he says.

While covering the beginning of the Iraq War from Baghdad in 2003, Saman and other journalists were detained by Iraqi authorities and held at Abu Ghraib prison for a week. “Things were sort of collapsing all around,” he says. “We had heard about that prison before, and it was just a difficult place to be because you didn’t really know what was going to happen.”

In his roughly 20 years as a photojournalist, Saman has witnessed the environment for journalists grow more perilous, “not just in war zones, but also in covering the White House.” But in his work — documenting devastation in Haiti after an earthquake and the plight of civilians in parts of Mosul that have been reduced to rubble — Saman says he often seeks out reminders of dignity and hope in the face of conflict. In this story, he found that hope in the perseverance of reporters. 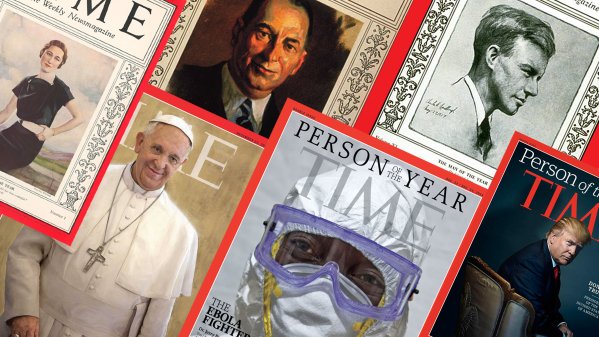 TIME Announces 2018 Person of the Year Shortlist
Next Up: Editor's Pick