Theresa May Faces Decision Day on Whether to Postpone Brexit Vote

U.K. Prime Minister Theresa May must decide on Monday whether to put her Brexit deal to a vote in Parliament this week and risk a humiliating defeat that could plunge the U.K. into unprecedented political chaos.

The alternative is to postpone it, and head to an EU summit on Thursday in the hope of extracting concessions from leaders who’ve already made clear they have nothing to give her.

If she loses the vote, Britain will be on course for a disorderly exit in March of 2019. But it could also trigger a general election, a leadership challenge or even a second referendum.

It’s going ahead — for now

Brexit Secretary Stephen Barclay told the BBC that there are no plans to delay the vote. He was responding to a report by the Sunday Times that some aides and ministers expect May to announce a delay in order to convince EU leaders in Brussels to relax the terms of the agreement.

Lawmakers from across Parliament used television interviews Sunday to call on May to do just that. The prime minister pushed back in an interview with the Mail on Sunday, saying her party members risk helping the opposition Labour Party’s push for power if they defeat her accord.

The wave of resignations continued over the weekend when Will Quince resigned as parliamentary private secretary to the defense minister. In the Telegraph newspaper, he said that he can’t support May’s EU agreement because of the risk that, under the so-called backstop arrangement, Britain will be negotiating with Brussels indefinitely.

The newspaper reported that a Cabinet minister is also considering quitting, while Brexit Minister Kwasi Kwarteng told BBC Radio 5 Live that “one or two” more lawmakers might leave, although he played down suggestions the party could split on the issue.

Boris calls for a renegotiation

Among those demanding a new agreement were former foreign secretary and high-profile Brexit advocate Boris Johnson. The current deal gives power to other member states to “blackmail” the U.K., he said in a BBC interview. He suggested May threaten to withhold at least half of its divorce payment to the bloc in order to secure an alternative solution to the Irish border.

“What the EU is trying to do is give us an absolutely unacceptable choice. We’ve got to reject that,” he said. “Neither side wants to go out without a deal.”

EU leaders are set to meet

EU leaders, meeting in Brussels from Thursday, might not fully agree. French Foreign Minister Jean-Yves Le Drian reiterated the bloc’s line that the agreement currently on offer is not up for further negotiation.

“The British have decided to leave. It’s too bad, it’s regrettable, but it’s a fact,” he said on French radio station RTL. The current deal “is the most that we could offer. The talks are closed. Now it’s up to the British to decide.”

If the prime minister does lose the vote, what would come next? An idea that’s gaining momentum among both Euroskeptics and pro-Europeans is for the U.K. to become a member of the European Economic Area, adopting a relationship with the EU modeled on that of Norway.

That would be positive for business, particularly exporters and the financial community, which would probably be able to maintain current levels of access to the rest of Europe. Pro-EU Conservatives like this Norway model, as does a significant part of the Labour Party. Smaller parties could also back it.

There’s even a chance May’s Northern Irish allies in the Democratic Unionist Party would too. Nigel Dodds, deputy leader of the small group of 10 lawmakers propping up her Tory government, told Sky News on Sunday that if the current proposal passes the House, she can no longer count on their support.

Unlike Norway, however, the U.K. would need a customs union with the EU to avoid a hard border with Ireland. The glitch is it would mean free movement of people would continue, which many, including May, consider a betrayal of the referendum result.

Another option is to call a second referendum. Although May has so far ruled out taking the question back to the people of Britain, some of her more loyal ministers are already planning for just such a scenario, the Sunday Times said.

Government officials are discussing two versions of a potential new public vote, it said. The first would feature a straight choice between May’s deal and staying in the bloc. The second would ask voters to choose between leaving the EU and remaining, but with a supplementary question if the Leave camp wins — would they prefer the existing deal or a Brexit on World Trade Organization terms?

The European Court of Justice will later on Monday formally rule on whether or not the U.K. can unilaterally call of the divorce by revoking Article 50. 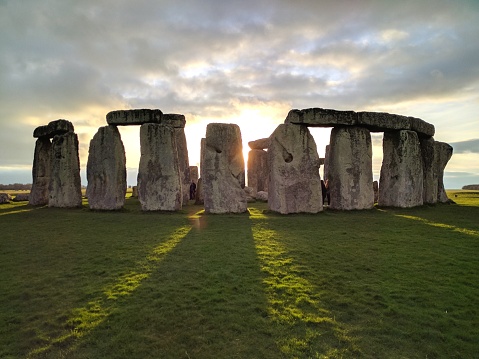