Who Will Be TIME's Person of the Year for 2018? See the Shortlist

The shortlist of candidates for TIME’s 2018 Person of the Year was unveiled Monday on NBC’s Today show. Since 1927, TIME has identified the Person of the Year, recognizing the person or group of people who most influenced the news and the world — for better or for worse — during the past year.

Here are the 10 finalists selected by TIME editors this year:

President Donald Trump pauses as the crowd cheers during a rally on the eve of Election Day at Show Me Center, in Cape Girardeau, Mo., on Nov. 5, 2018.
Carolyn Kaster—AP/REX/Shutterstock

The 45th president of the U.S., and TIME’s 2016 Person of the Year, marked his second year in office through navigating crises involving both himself and his staff, attacking an encircling investigation implicating people close to him, and enacting several controversial policies, ranging from separations at the border to an international trade war with China.

A two-year-old Honduran asylum seeker cries as her mother is searched and detained near the U.S.-Mexico border in McAllen, Texas on June 12, 2018.
John Moore—Getty Images

More than 2,000 families were separated at the U.S. border this year under a Trump Administration policy aimed at deterring illegal immigration. Prompting backlash, the “zero tolerance” policy was announced in April and formally ended in June, and resulted in thousands of children being held in federal government facilities while their parents were sent to jail.

Russia’s President Vladimir Putin secured a landslide victory in the country’s March elections, extending his term for another six years against the backdrop of scrutiny over Russia’s involvement in the 2016 U.S. presidential elections, the poisoning of ex-Russian spy Sergei Skripal in the U.K., and increasing tension with Ukraine.

Featured as a runner up for TIME’s 2017 Person of the Year, Special Counsel Robert Mueller has continued to investigate Russian meddling in the 2016 presidential election as well as key figures involved in the 2016 Trump campaign and administration. The investigation headed by the former FBI Director has already resulted in more than 191 criminal charges against 32 people and three companies.

Christine Blasey Ford swears in at a Senate Judiciary Committee hearing for her to testify about sexual assault allegations against Supreme Court nominee Judge Brett Kavanaugh on Capitol Hill in Washington on Sept. 27.
Erin Schaff for The New York Times/Pool/Reuters

California psychology professor Christine Blasey Ford, 52, became a symbol for survivors of sexual assault as she testified against in front of senators in September about her allegations against then-Supreme Court nominee and now Judge Brett Kavanaugh.

A prolific commentator and critic of Saudi Arabia’s Crown Prince Mohammed bin Salman, journalist Jamal Khashoggi was last seen entering the country’s consulate in Istanbul on Oct. 2. Believed to have been murdered on the orders of the Crown Prince, his death prompted international outcry and scrutiny of the Saudi regime.

March For Our Lives Activists

Marjory Stoneman Douglas students hold a press conference on June 4, 2018 in Parkland, Fla. to announce that the students of March For Our Lives would make stops across America to get young people educated, registered and motivated to vote.
Taimy Alvarez—Sun Sentinel/TNS/Getty Images

After 17 people were killed on Valentine’s Day in a mass shooting at Marjory Stoneman Douglas High School in Parkland, Fla., students from the school organized the #NeverAgain movement and the March for Our Lives demonstrations across America, campaigning for gun-control reforms to prevent similar tragedies.

Since hosting Kim Jong Un’s sister at the Pyeongchang Winter Olympics in February, South Korean President Moon Jae-in has met his counterpart from the North in three historic summits on the future of the Korean Peninsula this year, as well as brokering the landmark meeting between Kim and U.S. President Donald Trump.

Prince Harry and Meghan Markle ride in an Ascot Landau after their wedding at Windsor Castle in the United Kingdom on May 19, 2018.
Mike Egerton—PA Images/ Getty Images

Former Hollywood actor and activist Meghan Markle traded in her roles on screen for a royal title in May, when she married Britain’s Prince Harry to the delight of captivated crowds across the U.K. and millions more worldwide.

The 2018 Person of the Year will be unveiled on Today in the 7 a.m. hour on Tuesday morning, when the news will also be shared on Time.com. 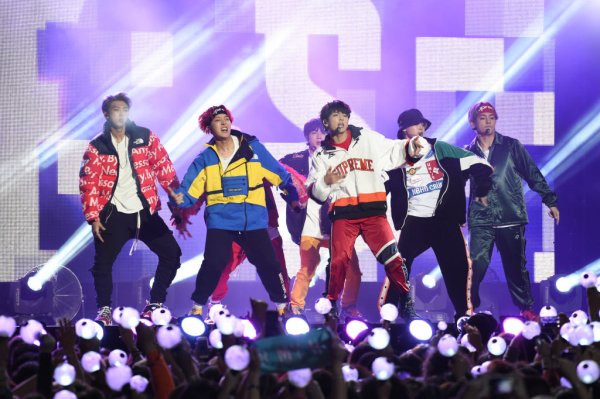