Why We Don't Need a Moonshot to Solve Climate Change

The prospect of solving climate change often prompts grand metaphors of moonshots and the Manhattan Project, with top scientists dedicating time and energy to come up with a breakthrough that will solve global warming.

But that may not be necessary.

A wide range of scientists, engineers and thinkers agree that we have the technological capacity to stem warming, keeping temperatures below the 1.5°C target that scientists warn would bring some of the most catastrophic impacts of climate change. What we’re missing is not big technological improvements, but rather the right mix of policies and political will to implement them.

This is the challenge that has drawn thousands of politicians, policymakers, scientists and advocates from around the world here to Katowice, Poland, this month for the most significant United Nations climate conference since the landmark gathering that resulted in the Paris Agreement in 2015. The more than 20,000 people assembled in this industrial city at the heart of Polish coal industry will play a pivotal role keeping the Paris Agreement on track to help reduce global greenhouse gas emissions, leading climate officials say. Failure could derail the delicate multilateral process that has taken decades to reach this point.

“After three years we’re still negotiating the work plan to deliver on the Paris Agreement,” María Fernanda Espinosa, president of the U.N. General Assembly, tells TIME. “We really need some political traction and some real commitment.”

The chief debate here in Katowice does not center on questions about the need to reduce emissions or even the viability or costs of doing so. Instead, negotiators are haggling over a slew of technical questions about how to implement solutions that scientists know will work.

The key issue at hand is the so-called rulebook, a technical document that lays out how countries report on their progress to address climate change. Negotiators are debating how to ensure that countries transparently report their emissions. Do developing countries have to abide by the same standards as their wealthy counterparts? How can we ensure that the reporting is transparent? The questions may sound simple, but they’re enough to flummox seasoned climate policy experts whose views vary wildly.

But the rulebook is just a small representation of a much bigger puzzle. Across the planet, efforts to address climate change have stalled because of a lack of policy and political will. Take carbon pricing, the policy most economists and policymakers say will serve as an important step to reducing emissions. Such a measure, which could take the form of a carbon tax or cap-and-trade system, would require companies to pay to pollute. The revenue could be used to support something like a green jobs program or fund a tax cut.

“It’s about making markets work well,” Nicholas Stern, former head of the British Academy and World Bank chief economist, tells TIME. “Markets can fail if people don’t pay for what they’re buying, and if you use fossil fuels you are causing big losses to other people.”

But countries have struggled to find ways to make carbon-pricing efforts politically palatable. In Canada, where Prime Minister Justin Trudeau has tried to push through a national carbon-pricing scheme, the issue has become a controversial campaign talking point. This week French protesters succeeded in stopping President Emanuel Macron from implementing a gas tax, arguing that it was an out-of-touch policy that would hurt the poor.

Even in places where citizens are concerned about climate change carbon pricing discussion have devolved into fights over what form it should take. In Washington state, for instance, progressive voters rejected a carbon tax in 2016 because it funded a tax cut. This year, voters there rejected a restructured carbon tax because it lacked transparency. In Katowice, negotiators are trying to figure out how to make the nuts and bolts of how to make carbon-pricing work on an international level with deep disagreements about accounting and trading credits.

And then there are others who advocate for regulatory solutions that would simply ban or restrict activity that pollutes while directly funding programs that advance clean energy and other climate solutions. These solutions are in the vein of a Green New Deal, proposed by leading progressive voices, that would fund a large-scale U.S. green jobs program. Scientists say these efforts would reduce emissions, but the stringent opposition makes them politically challenging.

All these policy questions playing out here in Poland and around the world feed into the biggest high-level issue: pushing countries to commit to more ambitious carbon dioxide reduction measures. A report released earlier this month by the United Nation Environment Programme shows that countries aren’t following through on the promises they made to reduce emissions ahead of the landmark conference that yielded the Paris Agreement and the world would still fall drastically short of the 1.5°C target even if they did. And new research published in the journal Nature shows that global carbon emissions hit a record high in 2018.

With that in mind, countries are supposed to increase their commitments to reduce emissions before 2020, but changing politics — from President Donald Trump’s planned exit from the Paris Agreement to the election of Jair Bolsonaro to lead Brazil — could hamper such efforts.

Some efforts are moving regardless of the political and policy challenges. In the U.S. and around the world, coalitions of cities, states and provinces have formed to reduce emissions even as national governments move more slowly. Businesses, recognizing that going green can save them money, have launched their own efforts to reduce emissions. The problem is that these efforts aren’t happening fast enough, and likely won’t without national government getting involved.

“The real economy is moving in one direction not even linearly but exponentially,” Christiana Figueres, the former head of the UN’s climate change program and a key framer of the Paris Agreement. “If there’s an alignment between politics and economy then of course things can move forward much quicker because all the stars aligned in the same direction.”

The trick, then, is getting those two things aligned. 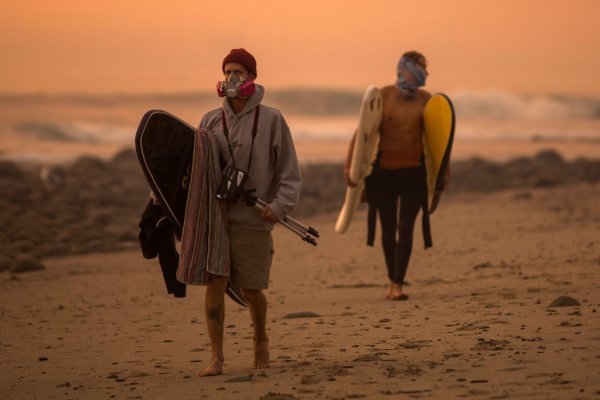