Authorities in California announced this week that the team searching for Camp Fire victims had mistakenly counted the remains of three people twice – lowering the death toll from 88 to 85. This discovery underscores how difficult has been to identify the victims of the deadliest American wildfire in a century.

Anthropologists who helped recover the remains of victims in and around Paradise, Calif. explained that it is understandable for mistakes to have been made given that the process was so difficult and involved combing a large disaster area. Many victims of the fire were so badly burned that their remains were hard to distinguish from the charred debris of the homes where they died, say Marin Pilloud and Kyra Stull, anthropologists from the University of Nevada-Reno who travelled to Paradise to help identify remains.

“Everything looks the same when it is destroyed by fire,” Stull says.

Pilloud says the process of recovering remains was like an archaeological excavation, and that workers needed to move slowly and carefully to avoid missing remains.

While the fire has been contained and the active search for victims of the fire has concluded, officials are still examining three unidentified sets of remains. They are also working to confirm the identities of 36 people whose remains have “tentatively” been identified.

Given the intensity of the fire, some of the remains will likely not have any remaining DNA, which will force investigators to use other methods—such as dental records—to positively identify them.

Miranda Bowersox, a spokesperson for the Butte County sheriff’s office, says that the separated remains had been divided into different bags. She says the recovery teams had erred on the side of caution when examining the severely damaged remains in order to avoid counting the remains of two people as one.

Stull and Pilloud say that some of the remains were little more than bone fragments, which made them particularly difficult to find and sort.

Complicating the recovery process, Pilloud says that the remains were often mixed in with the remnants of buildings destroyed in the blaze.

“You have to remove whatever is around the remains, like drywall and other debris, to make sure things don’t get missed,” Pilloud says.

G. Richard Scott, an anthropologist who specializes in dental anthropology at the University of Nevada-Reno, says that while investigators prefer “biological” evidence to positively identify remains—such as DNA evidence and dental records—the fire may have destroyed teeth and burned collagen, from which DNA is typically extracted.

“The fires were so intense that the bone was almost completely destroyed,” Scott said.

In these cases, Scott said, investigators must instead rely upon situational evidence, such as where the remains were found. 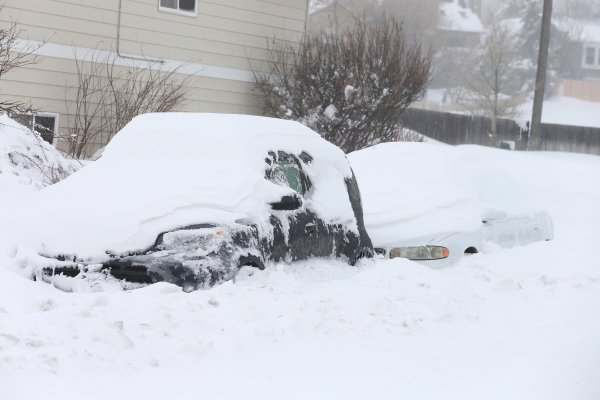