Luxury French fashion brand Chanel has announced that fur and exotic skins will no longer be used in their collections, making it the latest high-end label to shun animal pelts in its designs.

Joining other fashion houses such as Gucci, Versace and Michael Kors, Chanel will no longer use animal fur or skins such as crocodile, lizard, snake and stingray in the production of their garments and accessories. The announcement was made on the eve of Chanel’s pre-fall Metiers d’Art fashion show on Tuesday at the Metropolitan Museum of Art in New York City.

A spokeswoman for the brand told CNN that the decision was taken partly because “it is becoming increasingly difficult to source exotic skins that match our ethical standards,” adding that the ban will provide “an opportunity to create a new generation of high-end products.”

Longtime creative director Karl Lagerfeld told WWD that “We did it because it’s in the air, but it’s not an air people imposed to us. It’s a free choice.” The move marks a wider shift in the fashion industry away from fur in particular and towards synthetic versions. Some analysts pointed to changing trends among consumers with a greater awareness of ethical and environmental factors as a potential reason for the ban.

The announcement has been welcomed by animal rights groups as a campaign victory. A statement from People for the Ethical Treatment of Animals (PETA) said that “now it’s time for other companies, like Louis Vuitton, to follow the lead of the iconic double C’s and do the same.” 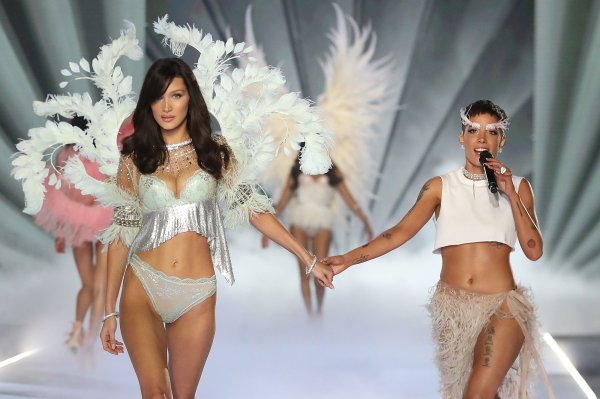 Halsey Calls Out Victoria's Secret For 'Lack of Inclusivity' After Performing at the Fashion Show
Next Up: Editor's Pick