(Bloomberg) — Harassment claims against Ted Baker Plc Chief Executive Officer Ray Kelvin have cost the British fashion mogul more than 70 million pounds ($90 million) in just two days, as shares of the clothier have plunged by as much as a quarter.

The London-based company’s stock fell as much as 14 percent Tuesday after trade journal Retail Week published an article in which it said it heard multiple accounts of staff hugs with Kelvin “turning into something else” and women being asked to sit on the founder’s knee.

Tuesday’s drop followed a 15 percent decline Monday as Ted Baker ordered an independent investigation after staff started a petition calling for Kelvin to stop hugging them. A spokeswoman said the company had no further comment since a statement Monday.

The company said then that while hugs are “part of Ted Baker’s culture,” claims of harassment are “entirely at odds” with the values of the company and its founder, who is 62.

Kelvin owns about 15.5 million shares in the company he founded 30 years ago, according to Bloomberg data. His holding, equal to about 35 percent, was worth about 213 million pounds as of 11:52 a.m. in London, down from 284 million pounds before news of the scandal emerged over the weekend.

Stifel analyst Scott Ransley cut his rating on Ted Baker to “hold” from “buy,” pending the outcome of the investigation. He said the negative publicity could be particularly damaging for womenswear sales in the run-up to Christmas, while the future of Kelvin’s shareholding might also be questioned. 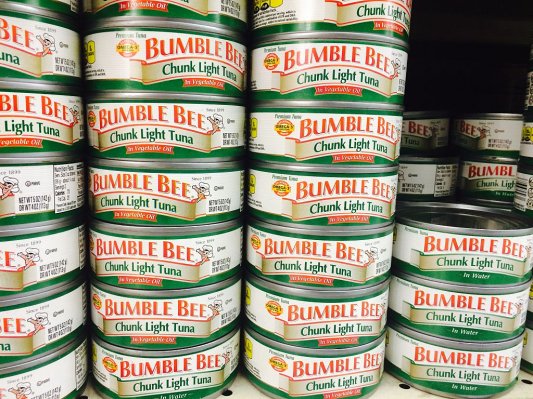 Now Millennials Are Being Accused of Killing Canned Tuna
Next Up: Editor's Pick