Congress Will Push the Shutdown Deadline. It's Still Not Clear How It Will End

Lawmakers are playing a trillion-dollar game of chicken, pushing the deadline to avert a government shutdown back by two weeks without a clear sense of how to resolve the standoff.

Parts of the federal government run out of money at midnight on Friday, but rather than make sure the checks are good until the new fiscal year starts in October, lawmakers are debating just how far to kick the can down the road: one week or two? Per one appropriations aide, a two week delay is expected to be passed by unanimous consent later this week.

Per one appropriations aide, a two-week delay is in the offing.

One reason for the delay: the funeral of former President George H.W. Bush, whose casket was set to arrive at the Capitol Monday afternoon.

A two-week delay would push the deadline to Dec. 21, right on the eve of Christmas, a classic legislative maneuver meant to force a solution on recalcitrant members who would rather spend the holidays with their families instead of debating the budget.

For the time being, both sides were studying an issue central to their base: how to fund the Department of Homeland Security, which would be running the show on Trump’s border wall. The House, where all funding bills must start, canceled its votes until next week. The Senate postponed its votes until after Bush’s funeral on Wednesday at Washington’s National Cathedral. (Aides said some procedural jujitsu known as an unanimous consent agreement could offer a work-around for a short-term fix if everyone just goes along with the delay.)

The back-and-forth set up a contrast with Bush, who faced only a brief weekend shutdown over a bill that reduced the federal deficit and included a tax hike. That shutdown, which came after House Minority Whip Newt Gingrich rebelled against his own party’s leader, was a preview of later shutdown fights under presidents Bill Clinton and Barack Obama.

The current shutdown threat is coming from the White House, however, with President Donald Trump arguing that the budget should include $5 billion for a wall on the border with Mexico.

Fellow Republicans in Congress have offered to cobble it together, with money allocated earlier, new cash now and something of an IOU to come next September. The President’s strongest allies are still holding out hope for a massive cash injection for the wall, while Senate Democrats seem to be holding steady at an offer of $1.6 billion to pay for border security, including a very limited section of the wall.

Right now, the differences seem irreconcilable, with both sides dug in. Everything is at a standstill, it seems, until Trump meets with the two top Democratic leaders, Senate Minority Leader Chuck Schumer and likely incoming House Speaker Nancy Pelosi. (The three were supposed to meet on Tuesday, but that session was cancelled due to Bush’s funeral. They are aiming to reschedule for next week.)

But Trump is an unreliable partner and an unpredictable negotiator. Which is why at the Capitol, senior lawmakers were careful not to lean too firmly into a skid. It’s clear they risk plunging into a shutdown, but they’re completely blind when it comes to what the President may do. Earlier this year, Trump tweeted a veto threat of the massive spending bill only to hours later put his seal of approval on it — all the while wearing a sourpuss scowl. As senior lawmakers have said publicly, all they know is that the President has dug in his heels on securing $5 billion for a border wall, telling them it was a “red line” for approving a spending bill.

“Has he signed onto anything? No. He’s talked about building the wall,” said Alabama Sen. Richard Shelby, who chairs the Senate Appropriations Committee that’s responsible for the funding, of the President. ”I’m trying to get to $5 billion,” Shelby said, “Get to yes and pass all the bills.” 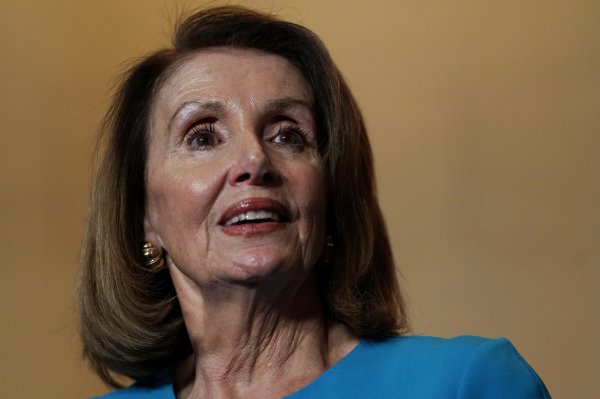 Nancy Pelosi's Big Test Is Yet to Come
Next Up: Editor's Pick