Halsey was the featured performer at this year’s Victoria’s Secret Fashion Show, but the singer wants to be clear that she does not support the comments parent company L-Brand’s chief marketing officer Ed Razek made about transgender models.

In an Instagram statement posted on Sunday night when the fashion show was aired, Halsey wrote that her performance “was supposed to be the best night of my year.”

“However, after I filmed the performance, some comments were made regarding the show that I simply cannot ignore,” she wrote. “As a member of the LGBTQ+ community, I have no tolerance for a lack of inclusivity. Especially not one motivated by stereotype.”

The singer encouraged her followers to support GLSEN, an organization that supports and protects LGBTQ+ youth; she also noted that she made a donation in honor of all youth that “have been made to feel ‘other.'”

Halsey then finished her message with a missive of support to trans individuals: “If you are a trans person reading this, and these comments have made you feel alienated or invalidated please know that you have allies. We stand in solidarity, and complete and total acceptance is the only ‘fantasy’ that I support.”

Razek was widely criticized for dismissing the prospect of casting trans and plus-size models in the annual runway show in an interview published on the day of the show, commenting that he didn’t think that the company should cast trans models because “the show is a fantasy.” Amid the backlash to Razek’s comments, he later apologized. 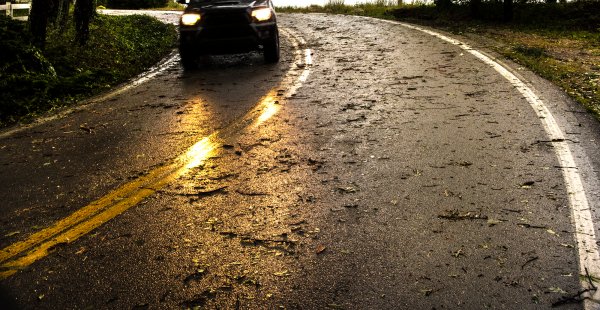 Man Who Crashed Car Explains Why He Needed to Drive Like 'Ace Ventura'
Next Up: Editor's Pick