Why Chinese Authorities Are Cracking Down on 'Extravagant and Wasteful' Weddings

Chinese authorities are trying to put a end to the country’s increasingly extravagant wedding culture, saying it goes against “socialist core values” and reflects “declining morality.”

Chinese weddings have featured elaborate rituals and traditions for thousands of years. But officials say modern ceremonies have gotten out of control, with competition between couples prompting ever-more lavish celebrations, expensive gifts and extreme rituals for “hazing” the bride and groom.

The tradition of hazing, originally seen as a way to drive away evil spirits, has grown particularly extreme in recent years, with grooms, brides and bridesmaids subjected to sometimes violent pranks.

In November, a man in southern China was hospitalized after being hit by a car as he tried to escape his friends’ hazing ritual. The South China Morning Post reported that he had been tied to an electric pole and beaten with a strip of bamboo.

Families in rural areas have also been setting massive “bride prices” – sums of money given to a bride’s family by the groom’s parents. In Hubei province, The Guardian reports, local officials have already intervened after bride prices reached almost $30,000 – around ten times the average average yearly wage in the area.

After a national conference on Friday in Jinan, eastern China, the Ministry of Civil Affairs said it wanted to create a “simple and appropriate marriage etiquette” that advocates “diligence and thrift, and opposes extravagance and waste.”

“We must integrate socialist core values into the construction of marriage and family,” the ministry added, “so that marriage customs can better reflect the country’s values.”

Ministry official Yang Zongtao said in an interview broadcast on state TV on Sunday that the government would “set guidelines on the process of weddings and the amount of cash gifts,” according to the South China Morning Post

One county – Taiqian in Henan province – has already imposed restrictions on wedding celebrations. In 2017, officials limited the number of guests to 200 people and banned the giving of cars and homes as wedding gifts.

This is not the first time Chinese authorities have stepped in to call for changes in citizens’ social behavior. Earlier this year the government of southeastern Jiangxi province imposed a “zero-burial” policy, saying funerals must be cremation-only in order to save space in crowded graveyards. 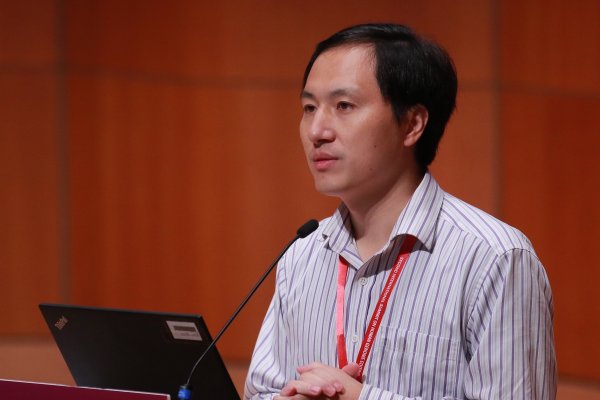 Whereabouts of Gene-Editing Doctor He Jiankui Unknown
Next Up: Editor's Pick