Are cowbells too loud? That’s the question polarizing residents of a market town to the south of Munich, Germany, where an unnamed couple is suing their neighbor.

The BBC reports that the couple bought a house in 2011 in the town of Holzkirchen. In 2014, a local dairy farmer leased the adjacent meadow and used it for grazing cows. The animals wear clanging cowbells so that their movements can be monitored.

In their legal action, originally dismissed in 2017, the couple argued that the noise of the cowbells at night prevented them from getting proper sleep, which led them to suffer from depression. They also argued that putting cowbells on the animals was tantamount to animal cruelty.

The couple is now appealing the dismissal of their suit, the BBC says, as well as launching a second action against the farmer and another against the local authorities who leased the meadow to the farmer.

Many residents of the rural community are in favor of the farmer, with one insisting to the BBC that “Cows and cowbells are part of our tradition.”

The mayor of Holzkirchen offered more neutral comments to the British broadcaster, asking “how far should the keeping of animals be seen as an objective disturbance” and “whether cowbells can be considered an appropriate part of agriculture in our region.” 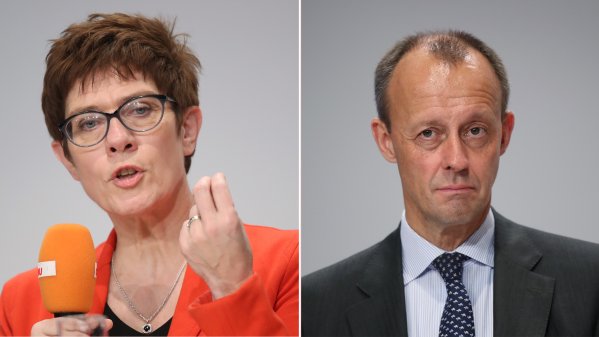 The Race to Succeed Merkel Will Also Determine Who Leads Europe
Next Up: Editor's Pick